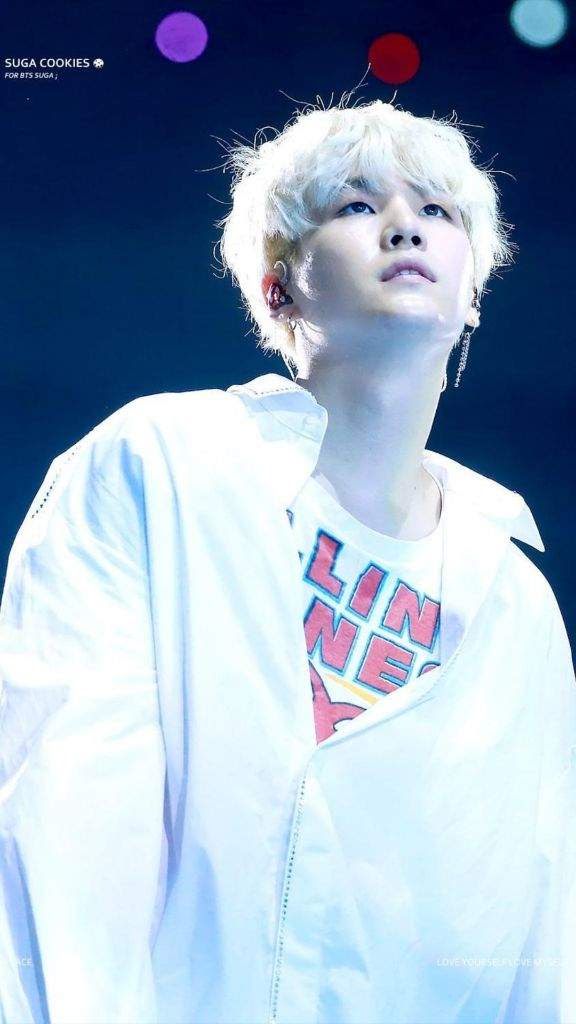 According to BTS‘s Suga, he doesn’t really cry much.

And while this may be true, the fact is, when Suga starts crying, he cries so hard that he needs to take a moment to calm down and rein in his tears. 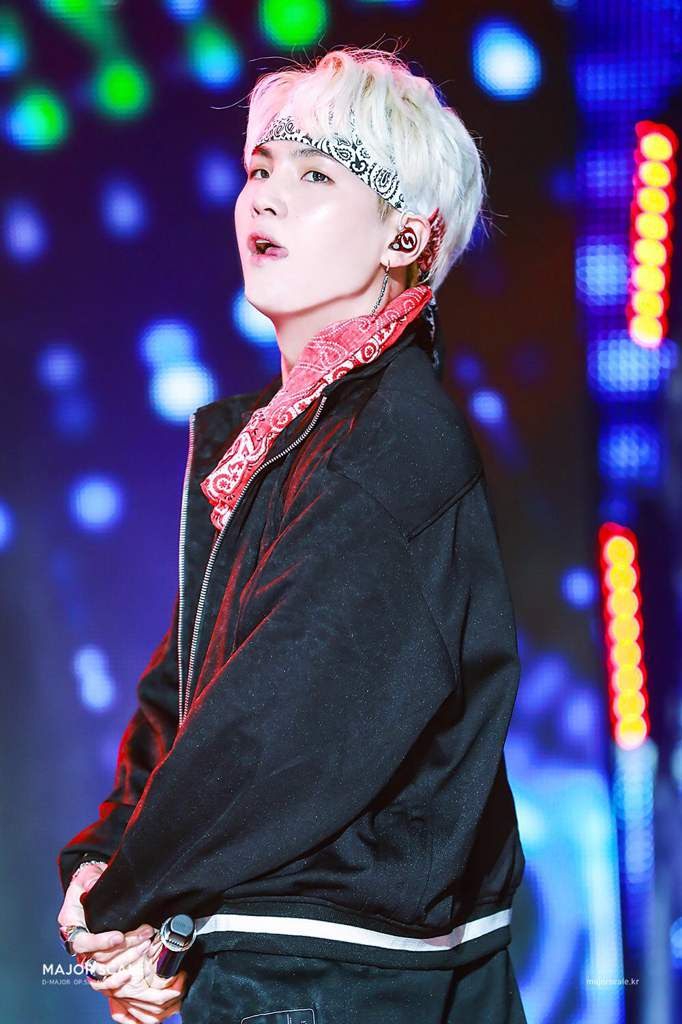 Take this moment when Suga cried because he saw his parents during one of their concerts as an example. 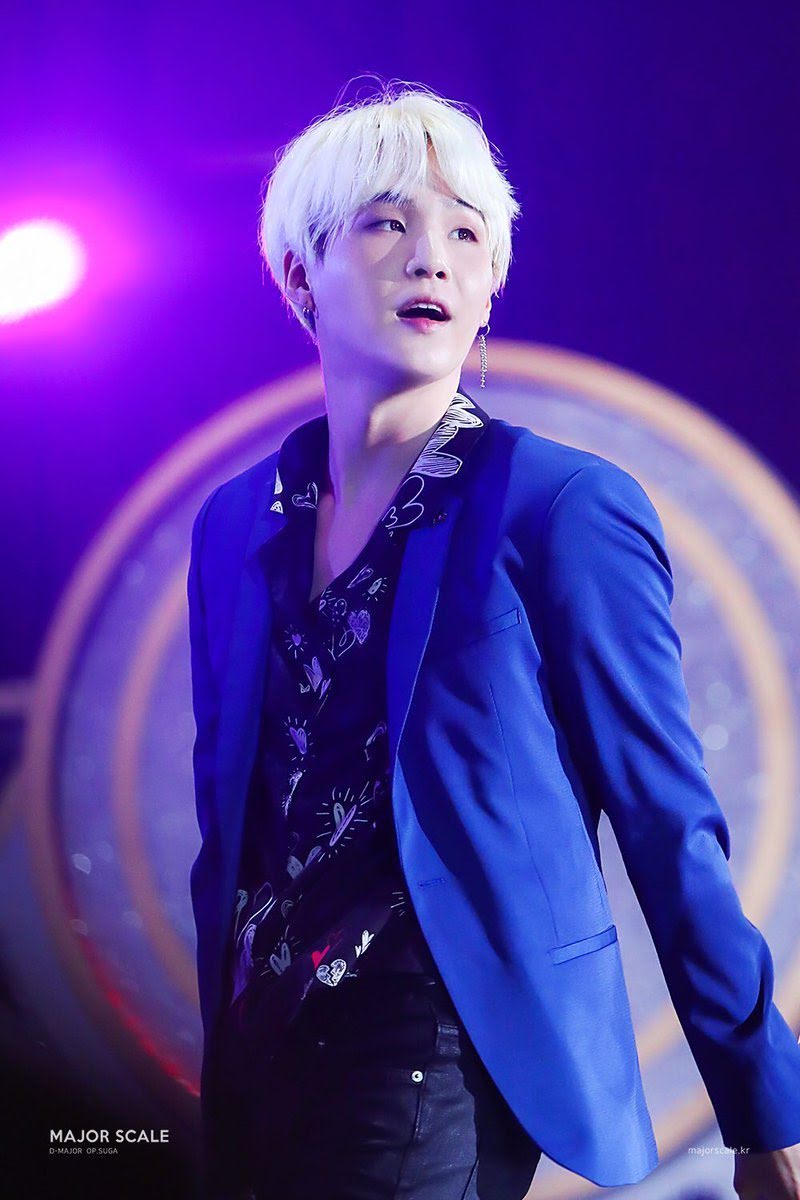 He saw them and he felt like his parents could finally be proud of him, so he bowed to them…

…and started crying hard while he’s bowed on the floor.

It seems like Suga’s tears don’t fall frequently: but when they do, it’s usually because of deep and intense feelings of gratitude and thankfulness emanating from his body. 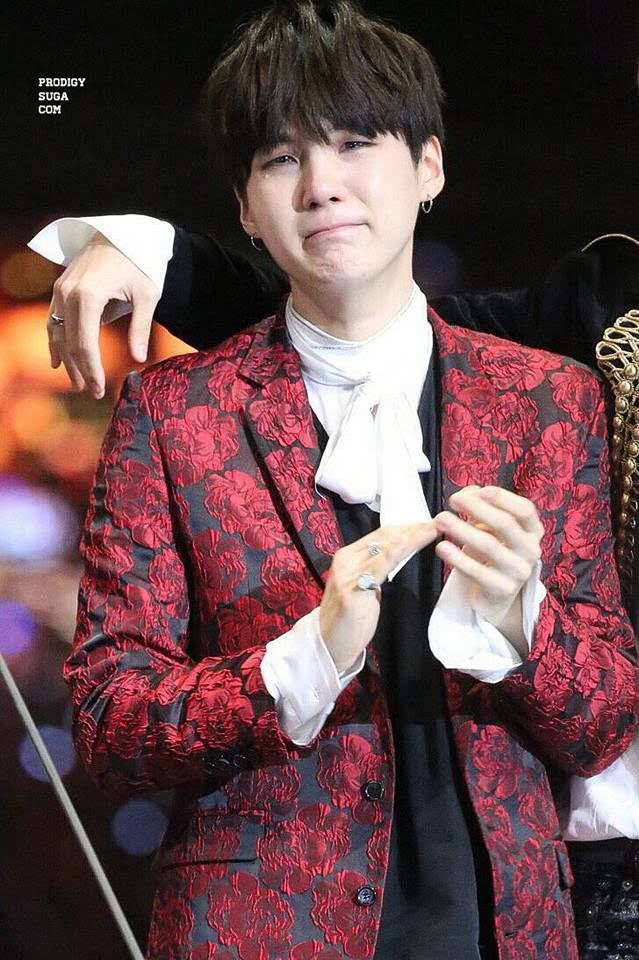 The same can be said when Suga delivered a touching message to ARMYs who attended one of their concerts. 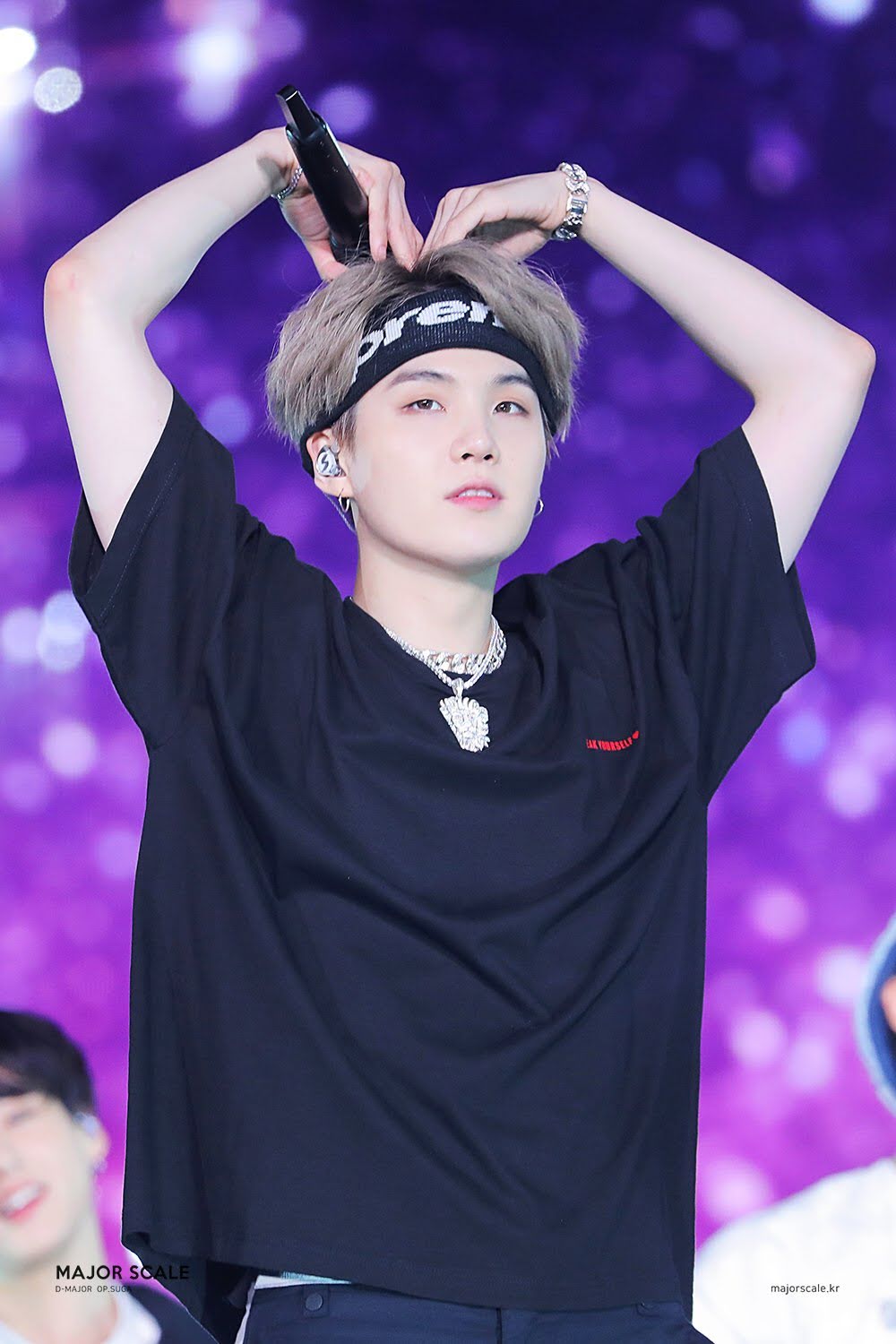 He started off by telling them that BTS promised to sing their music and prove who they were against suppression and prejudice.

Suga continued by saying that it took them five years to deliver this promise.

But the weight of his words came up to him — and when he started to realize how difficult those five years must have been, he couldn’t help but shed his tears.

It took several seconds for Suga to continue crying and express the weight of his emotions.

Through his eyes, one could see how intense and deep his feelings were at that moment, that you couldn’t help but empathize with him, too.

…because when everything seems overwhelming and you want to say everything but you’re unable to, simply expressing gratitude to their fans was more than enough. 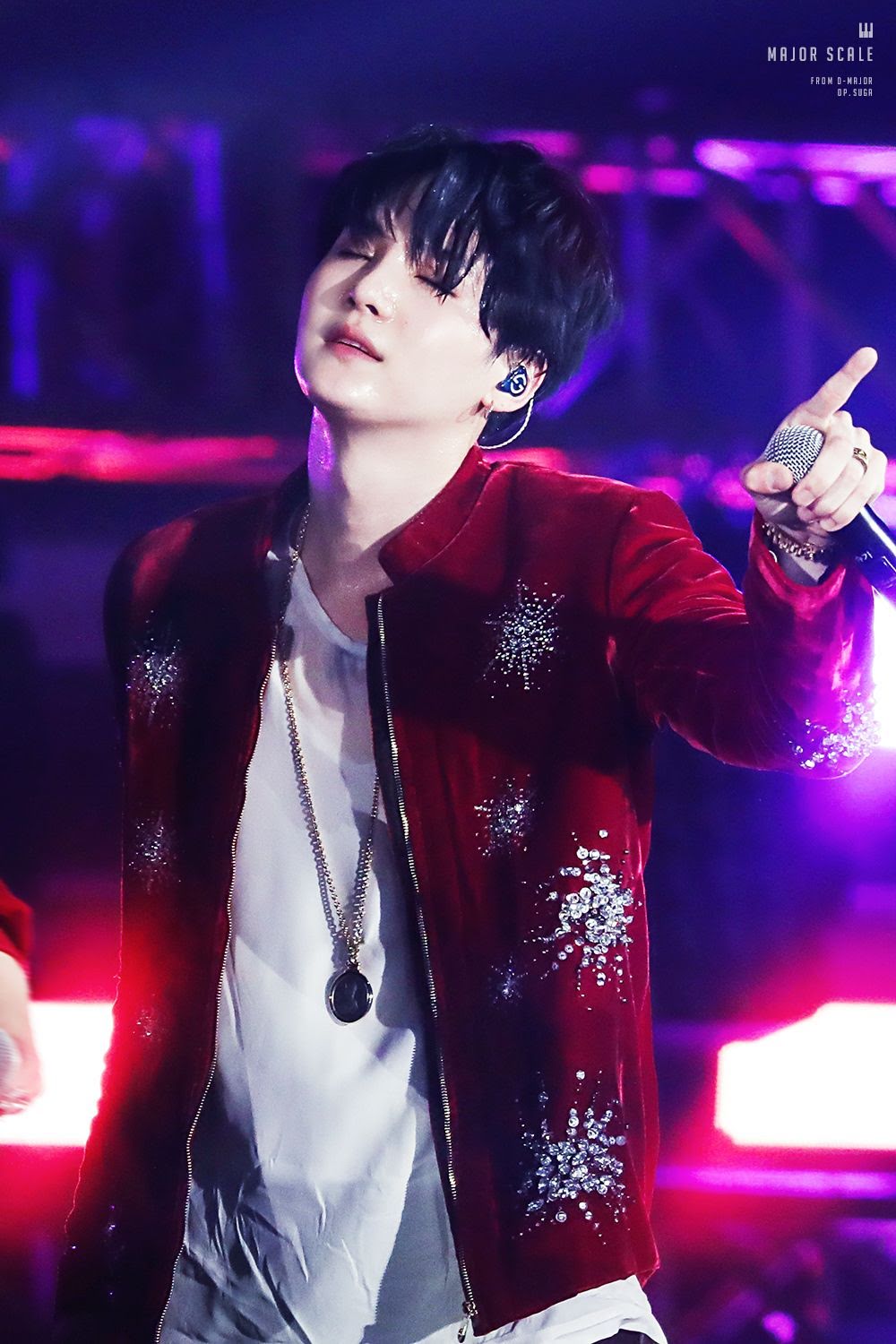 And I believe it is you who made our dreams come true. Thank you so much.

Suga is really like your close friend, isn’t he? He concluded his message to the ARMYs by wishing them to have a life full of laughter and pure happiness. What a sweetie.

Now that you’ve nearly emptied out your tears because of crying, why don’t you smile for a little bit while reading a more lighthearted article about Suga? Check out the article below and prepare yourself for one of Suga’s most embarrassing moments caught on camera.