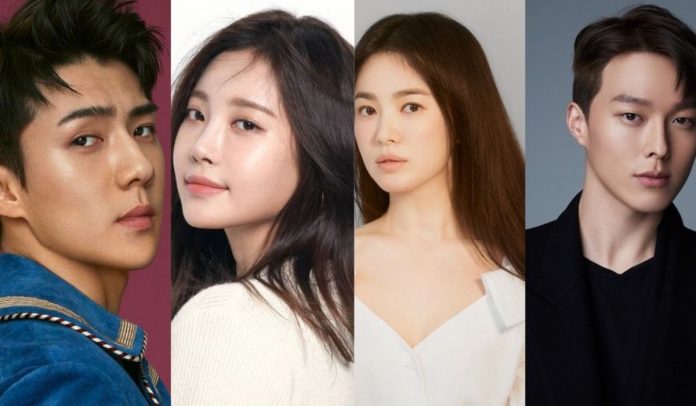 EXO’s Sehun And Girl’s Day’s Yura have joined the upcoming drama “Now, We Are Breaking Up”!

On April 6, it was reported that EXO’s Sehun And Girl’s Day’s Yura are set to take on supporting roles in the drama, later, SM confirmed Sehun’s casting and so did Yura’s agency.

“Now, We Are Breaking Up” is led by Song Hye Kyo, Jang Ki Yong, Choi Hee Seo, and Kim Joo Heon, It’s considered one of the most anticipated kdramas of the second half of 2021 and tells stories of love and breakups.

Sehun is taking on the role of a new designer at the fashion label where he will work under Song Hye Kyo’s character. Yura will play Hye Rin, a popular celebrity with a large social media following.

“Now, We Are Breaking Up” is written by Je In, who previously written “Misty.” The director is Lee Gil Bok, whose previous works include “My Love From the Star,” “Vagabond,” and “Dr. Romantic 2.”

The drama will begin filming in April and is scheduled to air via SBS in the second half of this year.