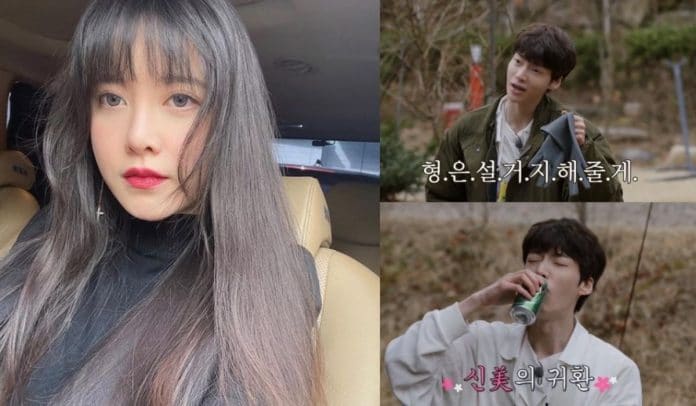 This relates to a YouTube video the reporter posted on May 3rd, that shows an alleged written document signed by an anonymous individual, who claimed that actor Ahn Jae Hyun had demonstrated ‘cheating behavior’ with another actress during an outing involving various drama cast members.

This document was being discussed previously online when the former couple’s divorce news were made public. According to Ku Hye Sun’s legal rep, she is in possession of the original copy of the document written and signed on April 28, 2020.

Ku Hye Sun’s side stressed that it was a legitimate document and accused the reporter of defaming her by claiming the document contained false information and was not valid in court.

After the news made headlines in South Korea, Ku Hye Sun wrote a statement to her Instagram, in her post she says that she’s married with a ‘conservative ethic code’ in mind and was unable to understand the other person’s situation with an open heat, as a result, she experienced a ‘sense of betrayal’ due to this.

Looking back at the situation, Ku Hye Sun says she’s acted purely based on emotions and believes her actions were ‘more shameful’ than the event itself.

Ku Hye Sun also explains that on broadcast, she says she didn’t have any celebrity friends because she wanted to protect that friend,

“The reason I am writing this once again is now that I have friends and as a friend who doesn’t want her friends to get hurt, I have a duty to protect them which is why I said on a recent broadcast that I do not have any celebrity friends and wish to keep them private.

I do no want my friend [who signed this document mentioned in the lawsuit] to face damages from this. I am very thankful towards that friend.”

She also added that she’s ‘forgiven everything,’ and added,

“By all means, please encourage the person who lived with me on his new beginnings. [referring to Ahn Jae Hyun]

The past is past, and even though I was unable to, I sincerely hope that all of you will embrace even the wrongdoings of that person.”

Netizens are showing mixed responses to her recent statement, what are your thoughts on it?