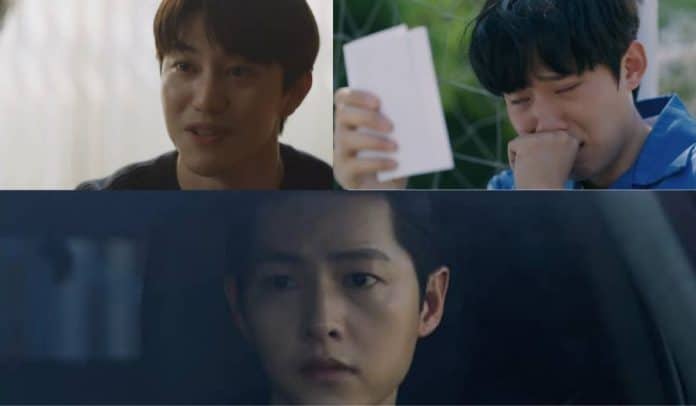 “Vincenzo” wrapped up its run successfully last night and while the ending was bittersweet, many fans advocated for a second season of the drama, sadly, Song Joong Ki had already commented that there were no plans for a second season.

Kwak Dong Yeon; who took on the role of Jang Han Seo; said he’d love to see a spin-off. On twitter, Netflix’s Korea shared a video of the actor and captioned with, ‘what? Today is the last day of Vincenzo?’

Kwak Dong Yeon responded to the video with,

“I wish Netflix would make a spin-off.”

Many fans loved his reply and talked about their hopes of this becoming a reality.

What about you guys? Would you like to see a spin-off of “Vincenzo”?

NOTE: discussion of major spoilers of episode 20 of the drama below!

While I think the drama doesn’t need a second season because it wrapped up rather well, I am intrigued by the idea of a spin-off, or possibly a short series that focuses on Kwak Dong Yeon’s character specifically.

His death, while untimely, was expected. I cried during his scenes and my heart broke for him. He was my favorite character in the drama and possibly the only one who tried to set things right the better more sensible way. This is why his death really hurt, under better circumstances, he would’ve turned out well.

Having grown in such an environment, it is expected that he’d end up twisted and a jerk but he realized that and was actively working towards correcting himself, something I can never say about any other main character in this drama.