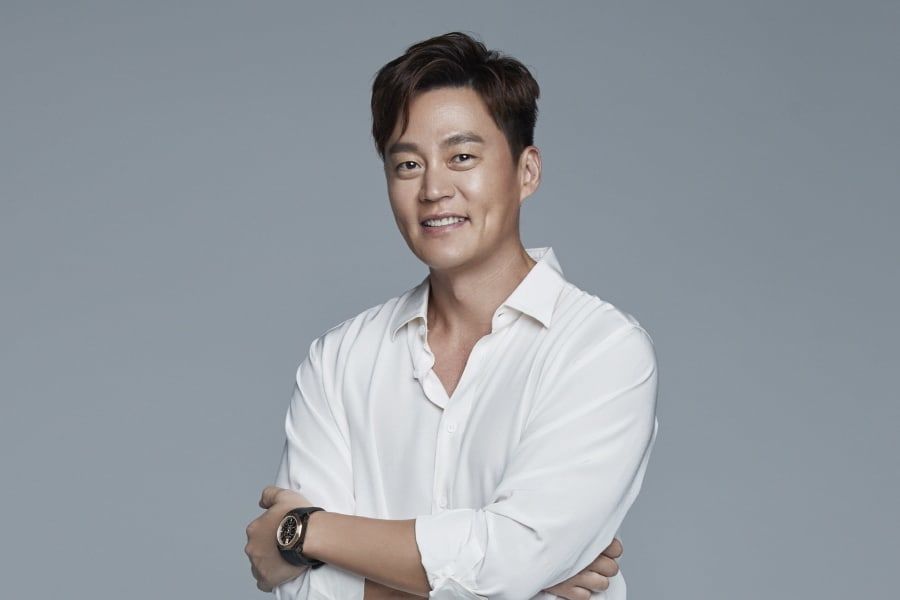 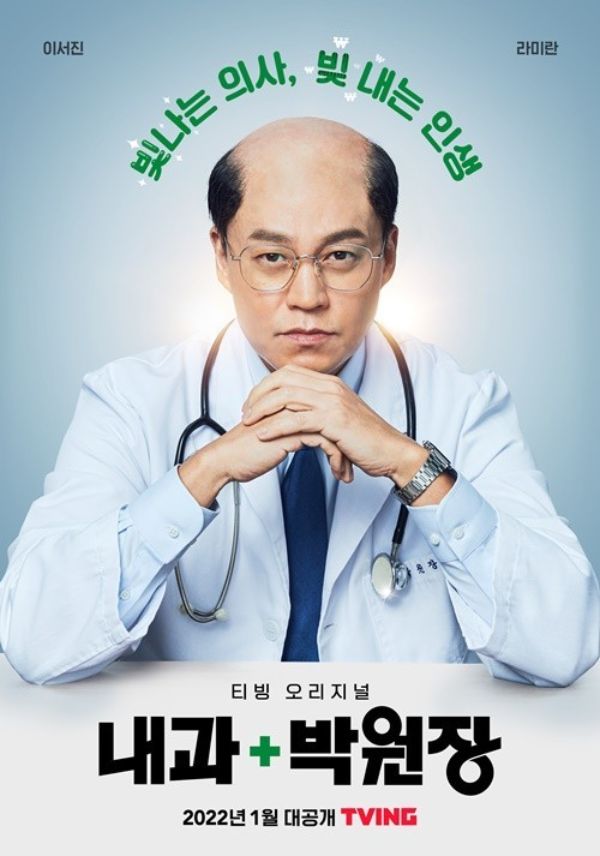 TVING original drama Internal Medicine Specialist Doctor Park has just released a fun teaser gearing up for its release early next year. Lee Seo-jin (Times) stars as the titular character, Doctor Park, who has just opened his own clinic for the first time.

I almost didn’t recognize Lee Seo-jin in the poster above because of his baldness, but the shiny scalp evokes laughter when combined with the caption: “Shiny doctor, shiny life.” Doctor Park wanted to be a good and truly altruistic doctor. However, when faced with climbing interest on his debt from the loans he took out to set up the clinic — and completely empty patient rooms — he’s ready to resort to dire measures to save his clinic from bankruptcy.

The teaser is so cringe, with its giant bolded font and old advertising techniques. Lee Seo-jin asks, “Are you looking for a clinic that treats you like family?” Ra Mi-ran (Black Dog), who plays Lee Seo-jin’s wife in the drama, appeals to the audience by boasting of its five-star rating (…but by whose standard?).

Directed by Seo Joon-bum, and based on a popular Naver webtoon by the same name, Internal Medicine Specialist Doctor Park premieres on January 14. 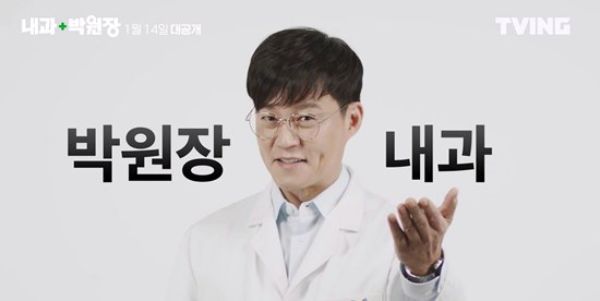