On a recent episode of SBS’s My Little Old Boy, the cast revealed the 9 reasons why Kim Jong Kook will be single for life. 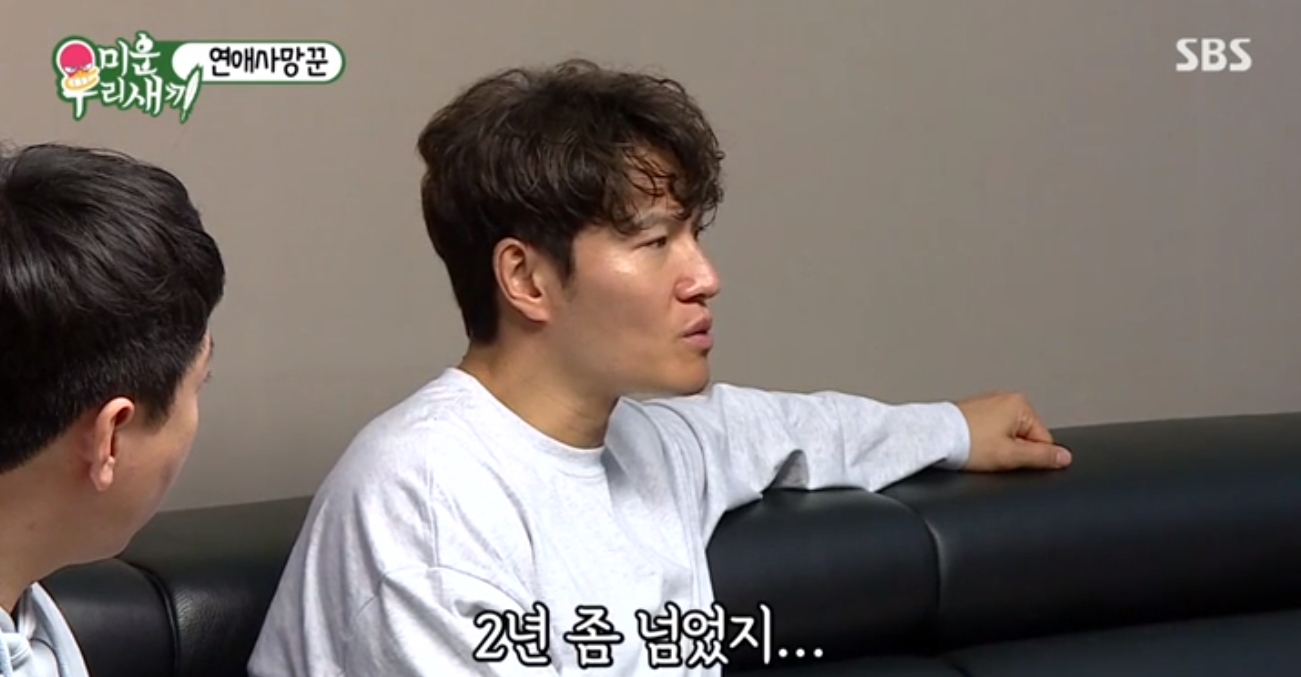 It’s been over 2 years. I don’t even keep track anymore. 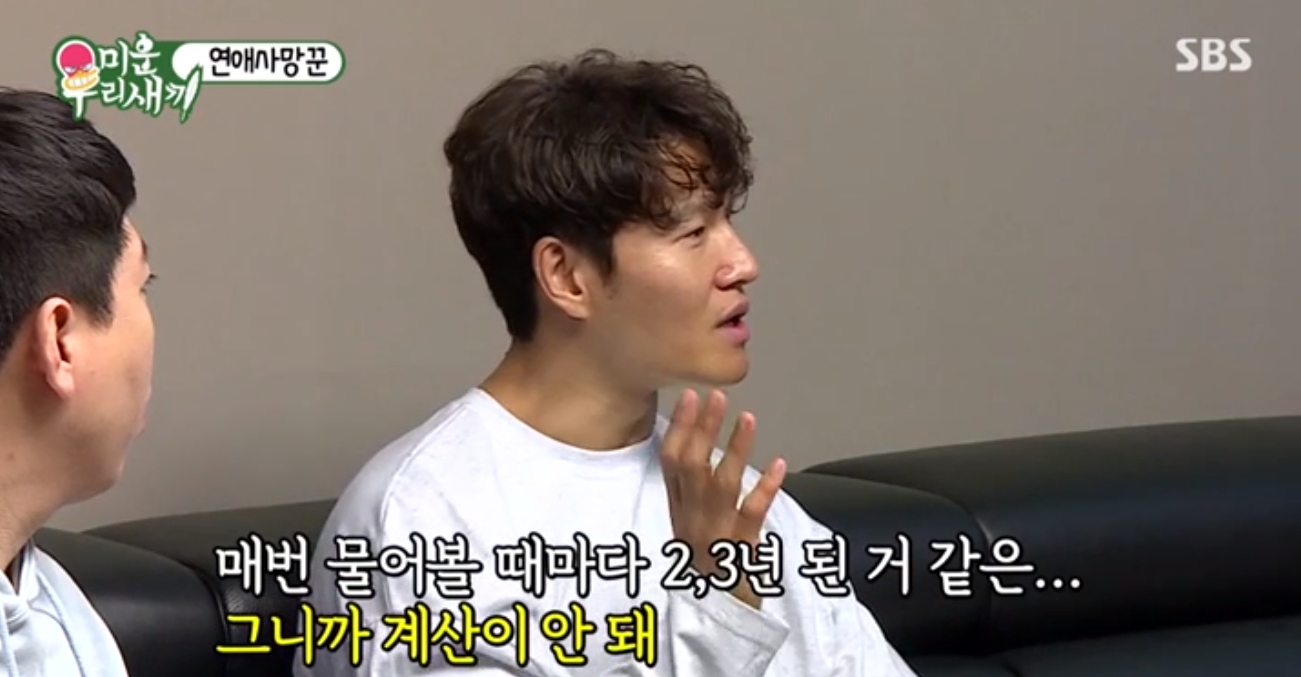 So Yang Se Chan pulled out his phone in order to conduct the “Dating Cell Test”, which a trend in Korea that measures just how much of the “dating cells” one really has. 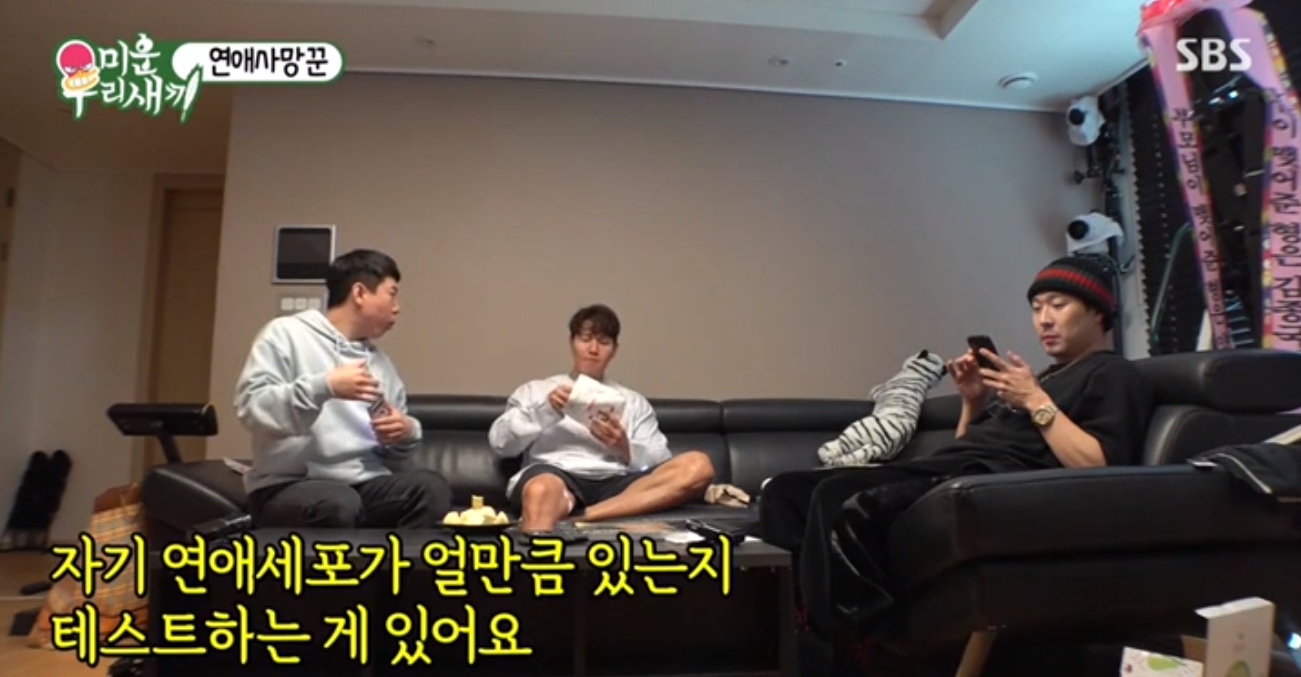 And the 10 questions read as follows:

2. You feel more comfortable spending time at home than outside.

3. I end up turning down blind dates because I can’t be bothered.

5. My daily routine is repetitive.

6. My heart doesn’t flutter when I watch romantic genres.

7. I feel bothered when my conversation with the opposite sex continues for longer.

9. I don’t feel lonely even if I eat alone or drink alone.

10. My life is so busy that I don’t have much time for other things. 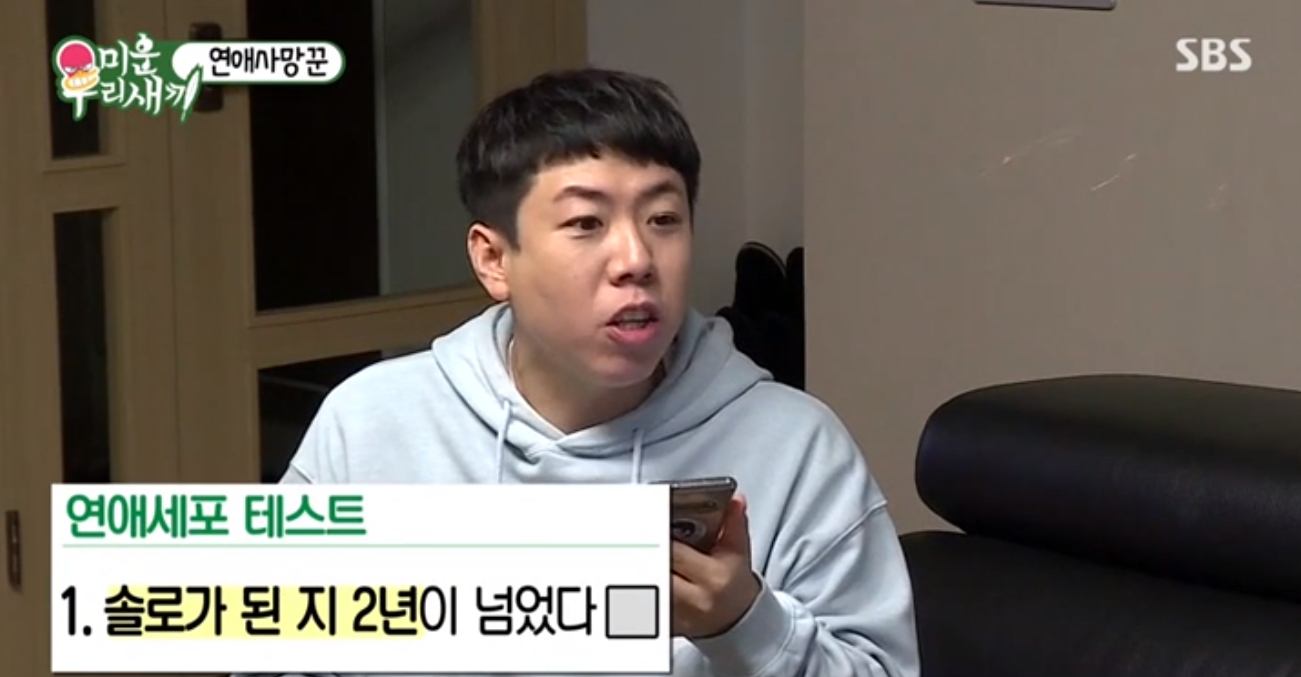 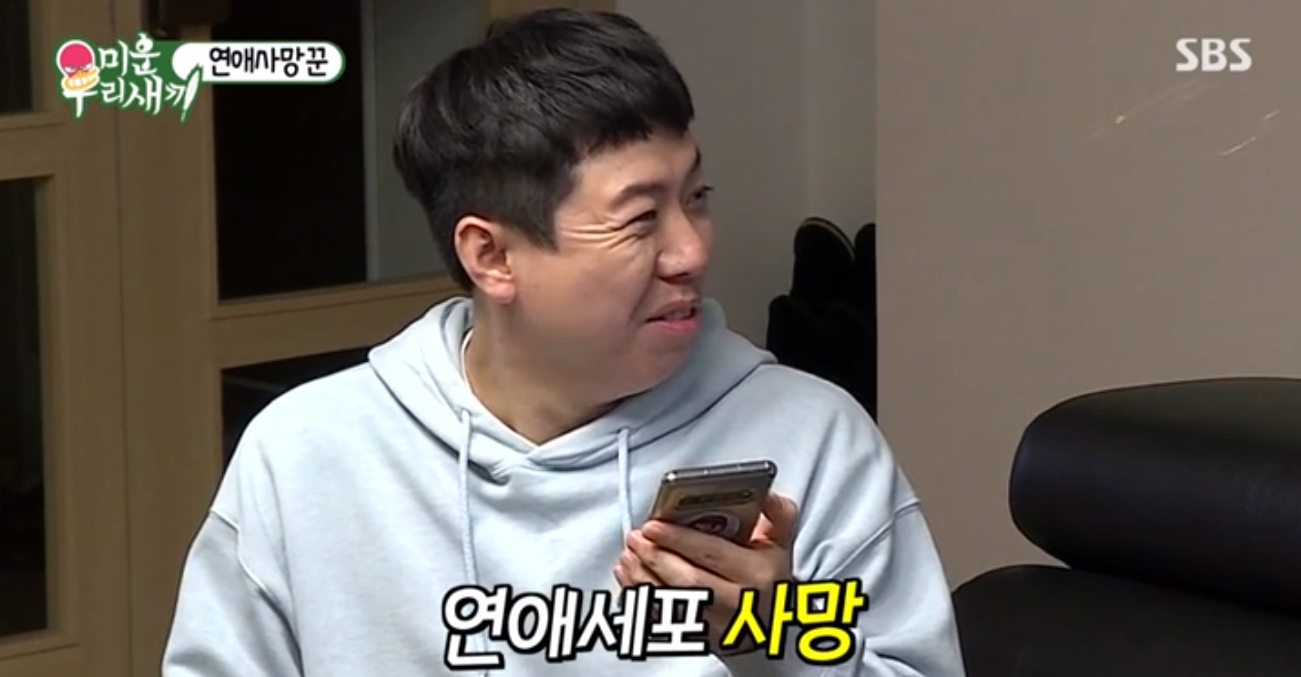 But Kim Jong Kook said he agrees with 9 out of the 10 questions, leading to Yang Se Chan’s declaration that Kim Jong Kook’s dating cells are dead, meaning he’ll likely be single for life. 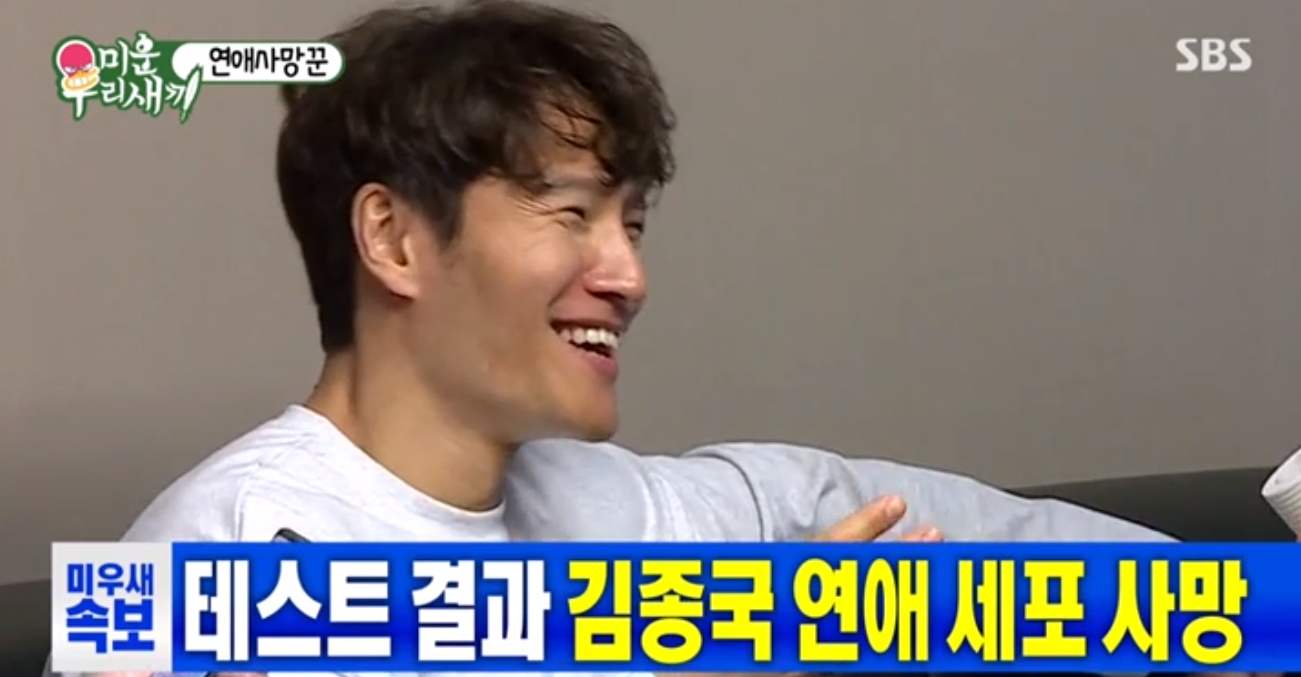 This test is a trend that Korean people have been doing for fun, so its accuracy is questionable. 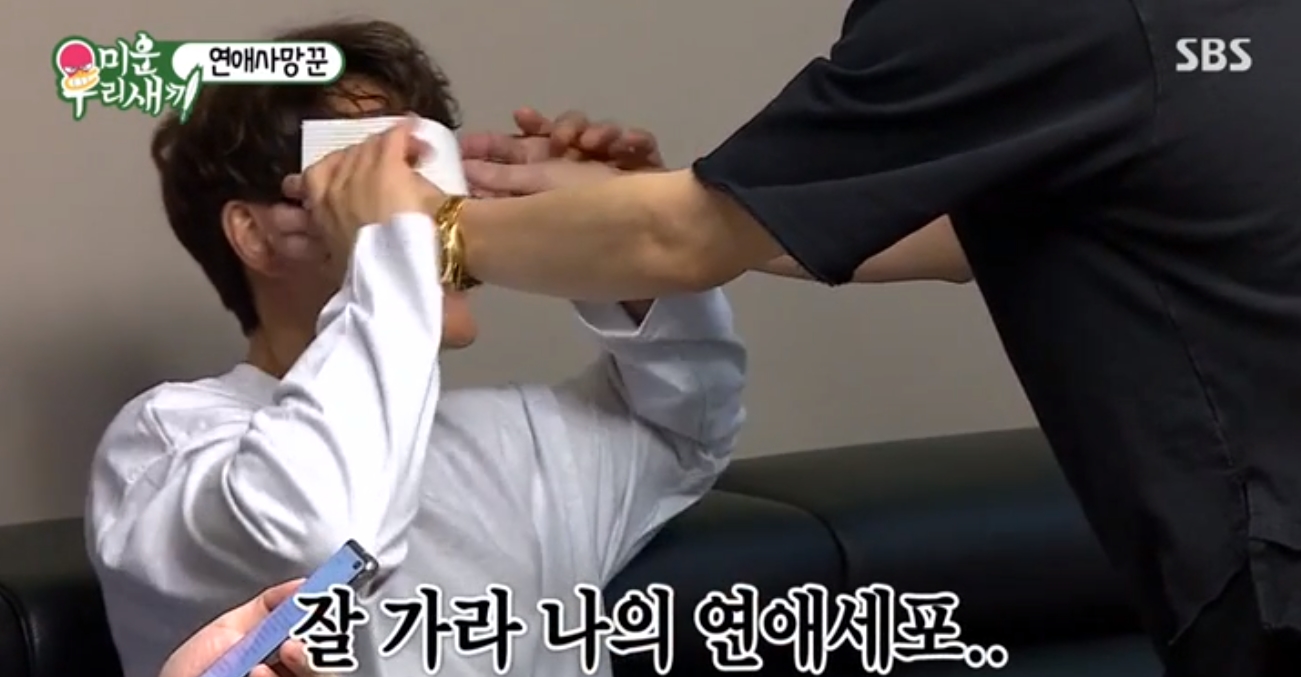 But it sure got everyone laughing on the ground when Kim Jong Kook’s results were revealed. 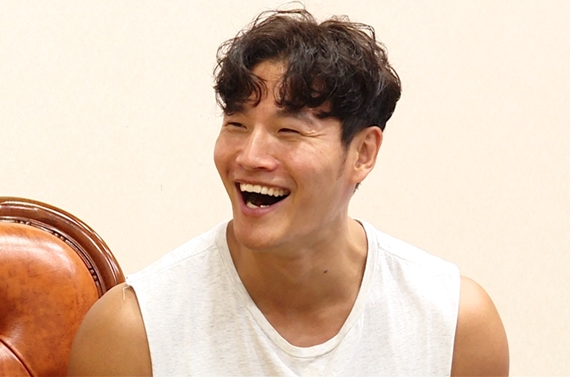 What are your results?