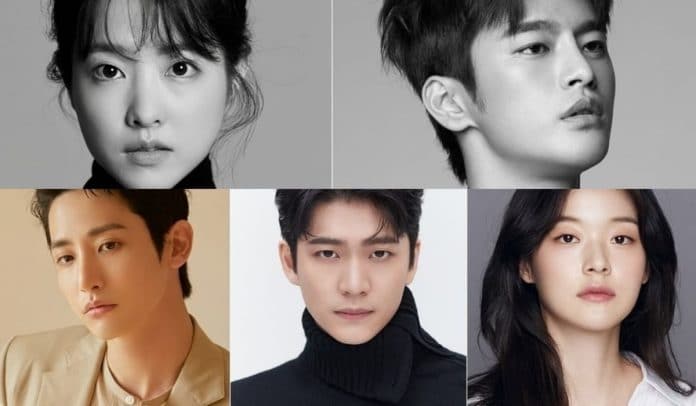 The drama was previously known as “Ruin,” and is a fantasy drama about a man who is known as ‘destruction,’ everything he touches vanishes; it’s also about a woman who puts her life on the line to avoid her fate. The drama is written by Im Me ari, who wrote “Beauty Inside,” and directed by Kwon Young Il, who directed “My Unfamiliar Family.”

Park Bo Young will play Tak Dong Kyung, an average editor at a web novel publisher, she lives a normal life until she stumbles upon a strange fate, she puts her life and love on the line.

Seo In Guk is taking on the role of the character known as “ruin” or “destruction”, he makes a contract with Tak Dong Kyung. When an unexpected character gets caught up in his fate, he decides to put his love and compassion on the line to save her.

Lee Soo Hyuk will play Cha Joo Ik, he is a co-worker of Tak Dong Kyung at her company. He is the master of the first kiss, and inspires fellow novelists to write new romantic heights.

Kang Tae Oh will play Lee Hyun Kyu, he has lots of regrets about his first love. He is Cha Joo Ik’s roommate and he runs a café. As a little boy, he ran away from love and now he’s going through pain to find his first love again.

Shin Do Hyun will play Na Ji Na, a web novelist who gets caught up in a love triangle between Cha Joo Ik and Lee Hyun Kyu.

“One Day Destruction Came Through My Front Door” will air sometime in the first half of 2021.

Will you be watching?

It’s been a while and at last, we get to see Park Bo Young and Seo In Guk. Who would’ve thought they’d lead a drama together. I personally think they will make a cute pair.

The idea is kinda weird and not that clear to me yet, the title is too long so I believe it’ll be changed later on.

Im Me ari is an okay scriptwriter…. her last drama was fine in my opinion; I hope this one will be more interesting. Park Bo Young and Seo In Guk tend to choose interesting scripts. I haven’t seen either of them in a 2020 drama, I miss them.

I am sort of surprised the love triangle won’t be between the three leads, I am glad it won’t be as well. The cast members are good actors, I can’t wait for the drama.