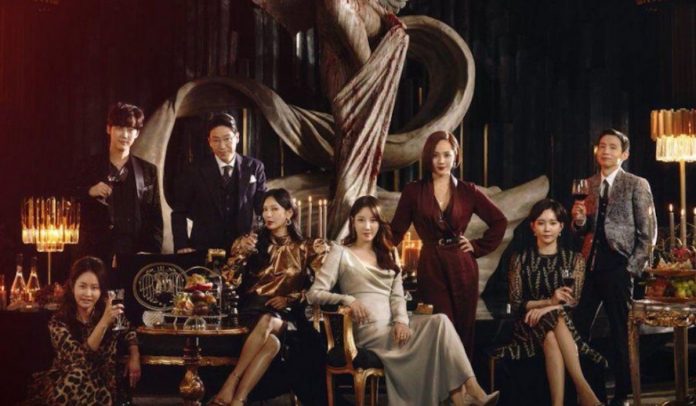 The highly anticipated third installment of the hit SBS drama “Penthouse” has already begun filming. “Penthouse 3” cast has begun filming on April 27 and is aiming for a release in June.

According to SBS, “Penthouse 3” air date will be June 4, it will take over SBS’s “Taxi Driver” time slot.

And true to previous alleged reports, “Penthouse 3” will only air once weekly, according to sources from the show, the show will air once on Friday weekly. However, the episode count is still unknown, some reports have stated it will be 11 while others allege its 12.

“Penthouse 3” plot will continue on the shocking revelations of the previous season and will include new cast members On Joo Wan and Park Ho San.

Are you excited for the 3rd season of “Penthouse”?

Well… This could end up being a good decision or bad depending on the plot. “Penthouse 2″ was very crazy but we started to see cracks and it began to become ‘predictable’ in the sense of what type of ‘plot twists’ the screenwriter used.

If its better for the work environment and the overall quality of the show, one episode weekly is the way to go, other kdramas have done this to varying degrees of success. The only possible issue with this decision that I can think of [for the drama] would be how much it gives fans more time to ponder over plot twists and events.

When they scale down the episodes count, we won’t be as bombarded as we usually are, because each episode has so much going on that it can be overwhelming at times, with one episode airing weekly, the screenwriter has the difficult task of keeping things very interesting and to a degree keep them logical as well.

The issue that I saw with season 2 was how certain character development arcs were abandoned altogether and brought back to ground zero illogically. I have no doubt the next season will be successful but it remains a mystery whether it’ll surpass the other seasons or not. I hope that with this in mind, they reduce the episodes count, the reports allege it’ll be either 11 or 12 [not confirmed], but that is still too long in my opinion, I don’t see how the drama deserves 12 more episodes, 6 compact episodes shall do the trick.