Song Joong Ki Reveals He Wasn’t Satisfied With His Italian Or Comic Scenes, Here Is Why 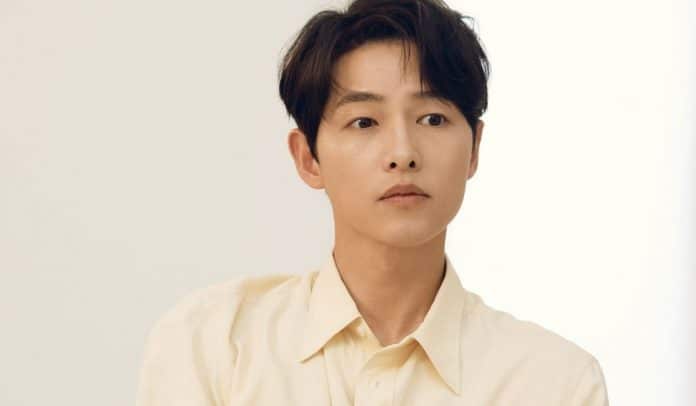 Song Joong Ki Reveals He Wasn’t Satisfied With His Italian Or Comic Scenes, Here Is Why

Song Joong Ki has surprised fans when talking about his recently concluded drama “Vincenzo,” here is what he had to say.

“Vincenzo” has wrapped up its run last night and rather spectacularly. Fans loved the last episode and especially raved about the ending scene of “Vincenzo.” Song Joong Ki was also praised for his acting chops as well as his comedic acting which fans found refreshing to see.

On May 3, Song Joong Ki sat down for an interview to talk about his recently concluded drama “Vincenzo,” and during the interview, the comedy part of the drama was brought up and so did the topic of his Italian accent and how violent some scenes turned out to be.

Song Joong Ki also talked about the 20th episode and the fact that some viewers thought it was too violent, he said,

“People were divided on whether it was too violent or not, even while filming, I thought to myself, ‘people will have mixed opinions.’ Personally speaking, I didn’t think it was cruel. On the opposite, I thought we needed to go even harder on them. I think people like them who have committed many atrocities should be punished that way.

Song Joong Ki surprised fans by saying that he wasn’t sure whether his acting in comical scenes would be received well or not. He said,

“Personally, I wasn’t satisfied with my Italian lines or comic scenes.”

Song Joong Ki believes comedy is the most difficult type of acting and added,

“In that aspect, I think I did a very bad job. I’m personally not pleased.”

He talked about how unsure he was of himself when he first received the script, the actor hasn’t had much experience with comedy scenes prior. Song Joong Ki added that he was worried about doing comedy or not but ultimately had lots of fun doing the genre. The plaza tenant actors also helped him out a lot, he said.

“I think they praised me for being a good person, but personally speaking, I’m not very satisfied with my Italian acting. It would have been nice if we had a longer time to prepare.

At first, it was difficult to catch the pronunciation of the character Vincenzo by changing it to a character from southern Italy and changing it back to a character from central Italy. I think it was a little hard to get the details. I don’t think there’s any other way [to practice and get better at speaking Italian] but to keep bumping into foreign ambassadors.”

What do you think of Song Joong Ki’s personal thoughts on his accent and comedy scenes? Did you enjoy his acting in this drama?