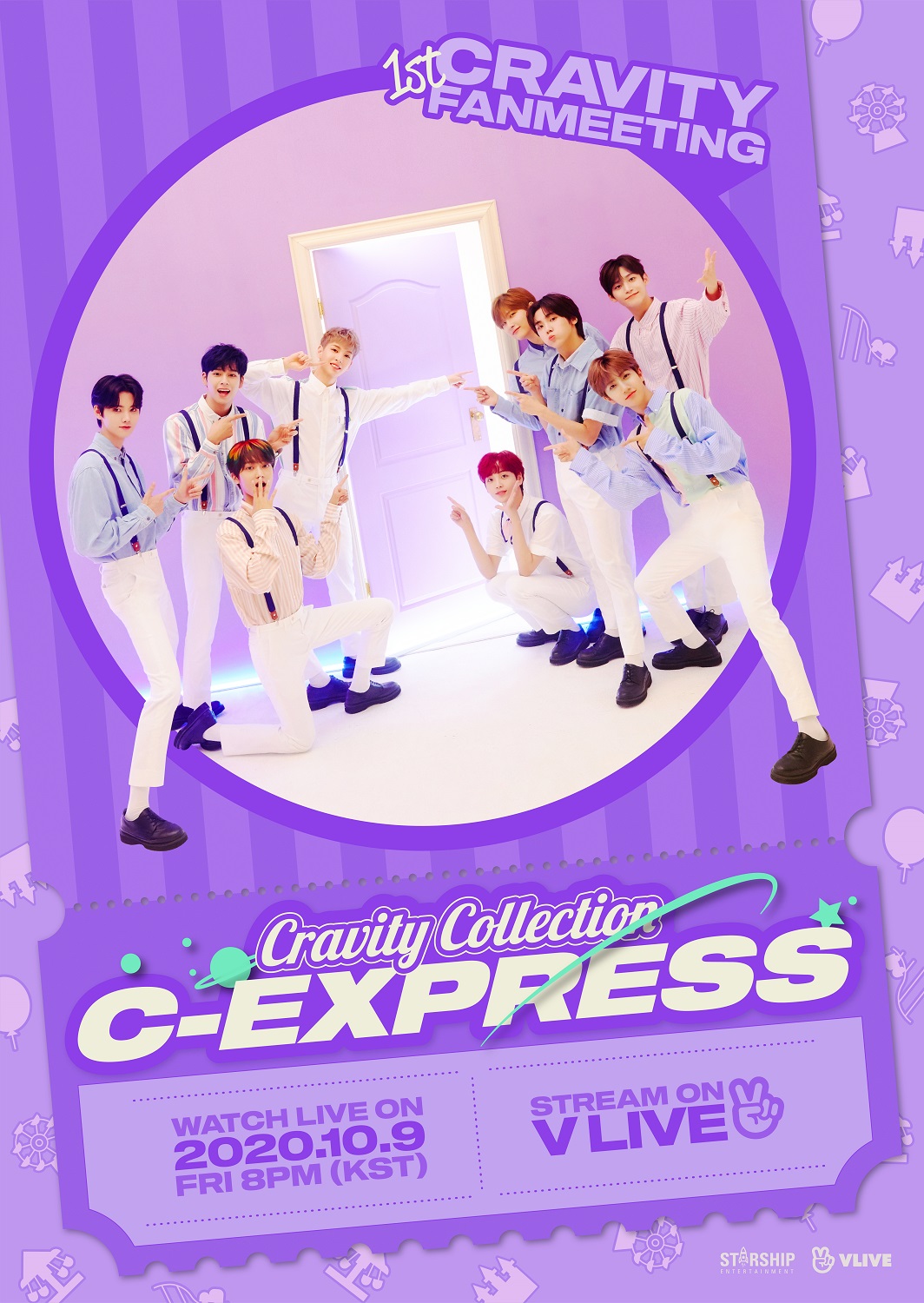 
CRAVITY will hold it’s first online fan meeting, “C-EXPRESS,” via V Live on October 9 as a way to communicate with global fans.

In the fan meeting poster released through the official social media channel of the group, the CRAVITY members were seen wearing cute suspenders, while standing in front of a refreshing purple background. The group’s fresh and youthful charm captivated the netizens’ attention. The members, who beckon with bright smiles, lead their fan club “Lovety” to a promising light.

“C-EXPRESS,” which will be broadcasted exclusively via Naver V Live, is already raising expectations worldwide, as this is the first online concert of the group. International and local fans can’t wait to spend valuable time with CRAVITY. The nine-member group is expected to rock a special stage full of dazzling boy charms. Their agency also revealed that the group has planned special programs for their fans.

Meanwhile, CRAVITY ranked 1st in the album chart rookie section of Hanteo Chart in the first half of 2020 with their debut song “Break all the Rules,” and ranked 1st in seven iTunes charts including The Top K-pop Albums. They also landed 12th on the Billboard and Social 50 Charts. Moreover, their comeback album “Cravity Season 2. Hideout: The New Day We Step Into” with its title song “Flame” which was released through Naver V Live exceeded 200 million hearts, proving the widespread popularity of the group.

To add to CRAVITY’s achievement, they also ranked 1st on SBS MTV’s “THE SHOW” and 1st on the Hanteo Weekly Record Chart. The group even topped Tower Records before making their official Japanese debut gaining praise from the famous Billboard columnist, Jeff Benjamin. This only shows the rapid growth of the group.

Meanwhile, make sure to catch the must-awaited rookie group of the year, CRAVITY, with its nine members namely Serim, Alan, Jungmo, Woobin, Wonjin, Minhee, Hyungjun, Taeyoung, and Seongmin as they hold their first online fan meeting “C-EXPRESS” at 8:00 PM KST on October 9th. The performance will be broadcasted via Naver V Live. Ticket reservations has already opened last September 18! Buy yours now!