It’s Okay to Not Be Okay Recap: Episode 16 (Finale) 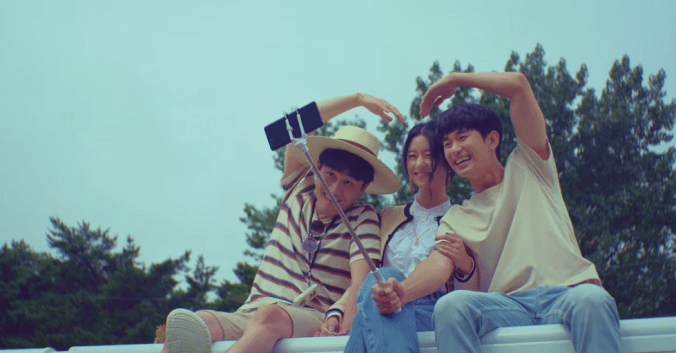 It’s Okay to Not Be Okay Recap: Episode 16 (Finale)

We are at the end of our story and now the only thing left to do is see if all these characters we love get their happily ever after. Join us as we finish off another brilliant drama that wormed its way into our hearts.

We left off episode 15 with our OTP finally reconnecting and Kang Tae putting on his Alpha male pants. He picks up Moon Young, sweeps her onto her desk, leans in for some kissing action, and then… We hear the deer screaming outside. (Clkytta: The deer has the worst timing!) Ha! Kang Tae curses the deer and follows through with some of the steamiest smooches that have graced my drama screen.

Smooches lead to clothes thrown onto the floor with a trail leading to the bed, and we see a very content couple snuggling. There is something so satisfying about seeing them this happy and finally reaching a place where they are both in a positive mental state. Switch over to Sang Tae who is purposefully sleeping somewhere else so his best friend and brother can make up and kiss. I love him so much. Sang Tae really is the smartest character in the show when it comes to EQ. (Clkytta: I agree, Sang Tae has a very high EQ.)

After all of the making up, Kang Tae admits that he is now unemployed and trying to decide what he wants to do in the future. He jokingly says that maybe he wants to go to school, which Moon Young promptly puts down—saying that he can just be a kept man and stay with her forever. Ha. Some things never change.

Moon Young also declares that she is retiring from being an author, at least in the foreseeable future. When Kang Tae declares that he is a bit sad that he won’t see the book that Moon Young and Sang Tae did together, she shows him the picture Sang Tae had drawn of his brother. Kang Tae’s eyes well up with tears as he witnesses his brother’s talent and what it meant to see himself that happy. Moon Young then informs him that she will be retiring after their book comes out.

It’s me or financial success

Moon Young meets with her publisher CEO and gives him a choice. He can publish her mother’s final manuscript, ensuring wealth and prestige within the publishing world. Or, he can choose to publish her final book, which might not make any money at all. CEO assures her that it is him and Moon Young all the way, leaving the mother’s manuscript on the table with the remnants of their food. But before you think he has taken the loyal road, he secretly texted his assistant to pick up the manuscript off the table and save it since it will make them millions. Ha, the joke is on him because he accidentally texted that to Moon Youn,g and our cute assistant leaves the restaurant as the manuscript is getting picked up with the trash. Karma strikes again.

Moon Young decides that she needs closure and visits her mother in jail. In true evil fashion, her mother tells Moon Young that the brothers will leave her, and she will regret not living like her mother. Moon Young informs her mother that she is so thankful that she didn’t turn out like her. From this point onward, she will do everything to erase the woman from her memories. Evil Mommy screams at her that she will never be able to forget her, as Moon Young leaves without a backward glance. (Clkytta: Moon Young was so strong here!)

At the hospital, Moon Young comes across Sang Tae, covering up the butterfly that had ruined his mural. When she states as much, Sang Tae says he isn’t erasing it but is covering it so he can make the picture his own. The answer resonates with Moon Young, who realizes that she can just cover up her mother’s actions and make her life her own. Once again, Sang Tae’s wisdom comes shining through.

One thing I have loved about this drama is the attention it gives to side characters and their lives. While I won’t go into every character in detail, I will say that my heart was warmed to see all the patients, friends, and hospital workers come together for Moon Young and Sang Tae’s book reading. We get a ton of closure and healthy healing for everyone, and I have to admit that I teared up more than once. (Clkytta: I flat out boohooed.) If I had to pick one story arc that really touched my heart, it would be the reuniting of our drinking patient and the abused girl who’s parents had taken her out of the hospital. To see them together and reunited just made my day.

Moon Young’s final book is published, and we discover that it is a story about the brothers and herself. They go on a journey of friendship, which allows them to find the strength to discover who they are and “find” their real faces. In true bickering fashion Moon Young and Sang Tae fight over who is going to narrate the book. The two finally compromise by taking turns, but this falls apart as they both start talking over each other. Rather than finishing the reading, it turns into a screaming match between the two with Kang Tae trying to separate them. Ha. (Clkytta: I loved seeing them walk out holding hands and then going to Kang Tae and linking arms.)

Poor Publishing CEO is extremely upset after the reading. Not only did he lose the Evil Mother’s novel, but no one even came for Moon Young’s reading since the publishing world thinks he is now a joke. Add insult to injury, Moon Young, and Sang Tae’s bickering during the book event has already gone viral. Joo Ri comes out to comfort him, as well as to find out what his future plans are. She seems very happy when he says that he thinks he will stay in town since the rent is so cheap. Joo Ri says that she is sure he will find future success since he is a hard worker. As they look off at the vista, they pinkies wrap together, which is just adorable.

Director Oh has a bit of a surprise for our leading trio. He happily shows them his final gift, a brand new camping car. When Kang Tae says that this is too extravagant, the Director pushes aside his concerns. Stating that it is the least he can do considering how his decisions caused them so much trauma.

Kang Tae is thrilled that his dream of going out on a trip with his family can now become a reality, only to discover that neither Sang Tae nor Moon Young really wants to leave. They are already together and happy where they are. Despondent, Kang Tae goes out drinking with CEO and Pizza Bestie, lamenting that they don’t want to go traveling with him. He comes home totally wasted and finds his family waiting on the stairs with their bags packed, wearing matching traveling tshirts. They were only joking and have every intention to take a trip on the road. Kang Tae is so happy and drunkenly declares that he has to put on his matching shirt. He isn’t so happy the next morning as he is driving while very hungover.

I teared up once again as we get a wonderful montage of our trio on their various adventures. Happy and content as they explore and learn to be a family. After an unspecified amount of time, Sang Tae says that he is now ready to go home. When Kang Tae says they start heading back, Sang Tae clarifies that “he” is ready to go. It turns out that CEO has another illustrating job to work on and is coming to take Sang Tae with him. Moon Young and Kang Tae should continue with their trip. Tears are in everyone’s eyes as the brothers go their different directions. Both of them strong enough to go their own way in life. It is one of the most satisfying endings to a drama that I have ever seen. (Clkytta: The amount of growth we have gone through with these characters made me so happy. They were able to live their own lives and be their own people, while still loving each other.)

Kmuse: This drama is perfect, and I can’t think of one thing I would change. The growth of all the characters felt very organic and satisfying in a way you rarely get when watching a show. Did we get a traditional happy ending? Yes, but our leads had to fight for that ending, and it felt all the more satisfying because of that fight. I leave this drama feeling very positive, and while these characters will be missed, I don’t have that giant emotional hole that I sometimes have when finishing a good show.

Clkytta: When this show started, I knew it would be special. Sang Tae has been my favorite character for the whole show. While I have loved our OTP, they could not have the growth they had without Sang Tae. The brothers’ storyline took this from another trope filled storyline and knocked it up a notch. Yes, we had a happy ending, but these characters deserved that happy ending. I love that this drama made all who watched it stop and look at the stories from a new perspective. Society as a whole is so quick to judge anyone who is nonconforming, and this drama really highlighted how important it is to accept people for who they are.

Until the next recap, 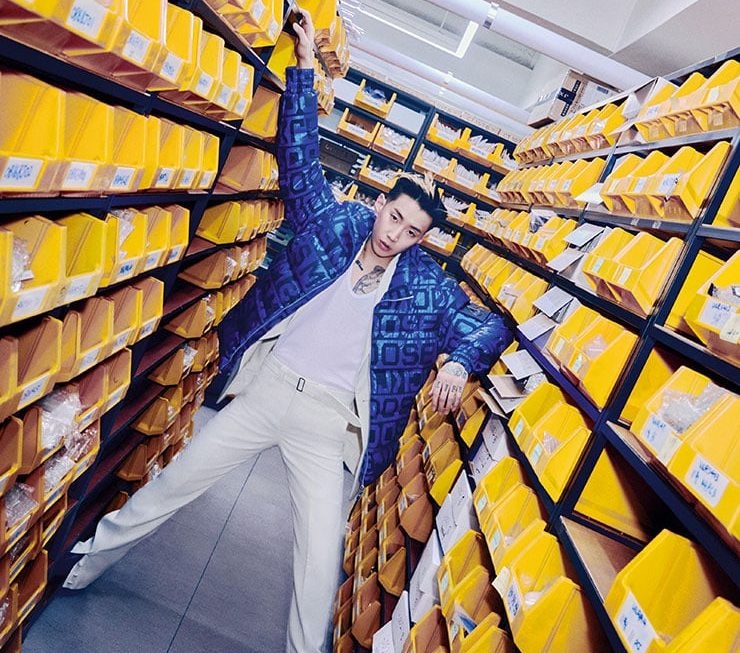 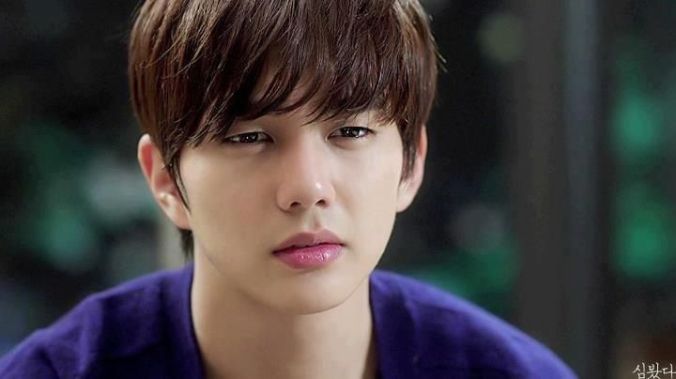