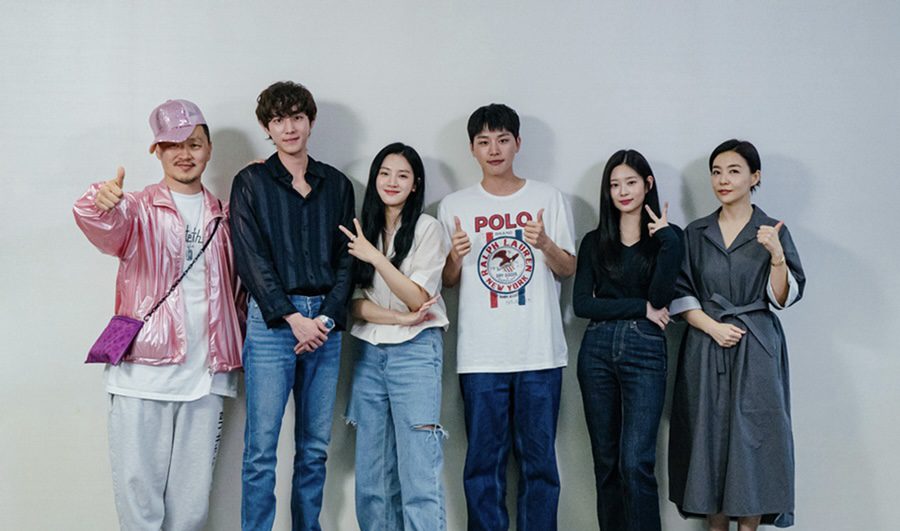 If you lost your beloved, could you ever get over that grief? MBC’s upcoming romantic sageuk The Forbidden Marriage tells the tale of the widowed Prince Lee Heon, played by Kim Young-dae (Shooting Stars). Devastated by his wife’s death, he has refused to remarry for the past seven years. As a last-ditch attempt to have the country’s king wedded again, the royal family has enacted a decree that forbids all single women from marrying until the king does — but to no avail.

Enter Ye So-rang, played by Park Joo-hyun (Love All Play). She’s a swindler who earns a living by claiming to read marital fortunes, until she gets caught by inspector Lee Shin-won, played by Kim Woo-seok (Military Prosecutor Doberman). Thinking on her feet, So-rang bluffs that she can see the spirit of the late crown princess in the palace.

So-rang’s ruse does get her out of jail, but it lands her in the palace — right in front of the king, whom she’ll have to fool if she wants to survive. As her lies spiral out of control, she ends up pretending to be possessed by the late crown princess. Will Heon’s grief cloud his judgment, or will he see through So-rang’s bluff?

Rounding out the large cast, we also have Yang Dong-geun, Park Sun-young, Choi Deok-moon, and Kim Min-joo, among others.

Directed by Park Sang-woo (Never Twice) and Jung Hoon, The Forbidden Marriage is based off the web novel of the same name, with the novel’s author Chun Ji-hye penning the script. The drama is slated to premiere this December.