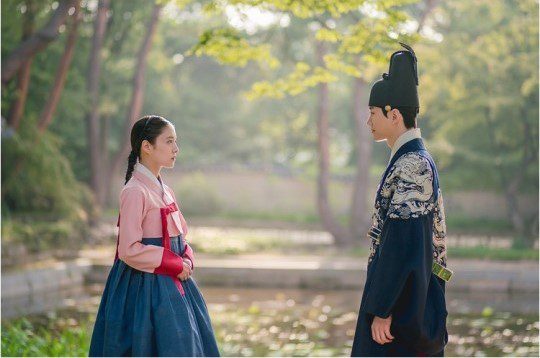 Based on a novel by the same title (written by Kang Mi-kang), the drama is a fictional re-imagining of the well known historical love story between the real King Jeongjo and the palace maid Seong Deok-im (who later becomes Queen Consort Seong Uibin).

Although she’s considered a lowly court lady, Lee Se-young’s Deok-im is a woman who wants to chose what sort of life she leads. Rather than being lumped together as just one of the many women in the king’s harem, she desires to protect her own self identity and values her independence.

Naturally, this clashes with Junho’s soon-to-be King Jeongjo. When we meet him in the drama he is known as Prince Yi San, the eldest son of the crown prince. A strict perfectionist, he was taught to always put his country before all else. But his resolve is shaken when he meets Deok-im and their relationship deepens.

In the newly released stills, we get a peek at the two characters encountering each other on the beautiful palace grounds. Notably, Lee Se-young wears the red cuff sleeve referenced in the drama’s title, which is worn by the women in the palace and labels them as belonging to the king. The sleeve is the focal point of the new poster as well.

MBC’s The Red Sleeve Cuff will be written by Jung Hae-ri (Ruler – Master of the Mask) and directing will be done collaboratively by PD’s Jung Ji-in (Let’s Hold Hands and Watch the Sunset, Radiant Office and Song Yeon-hwa (When I Was the Most Beautiful). The drama premieres later this year on November 5, and will be airing Fridays and Saturdays on MBC. 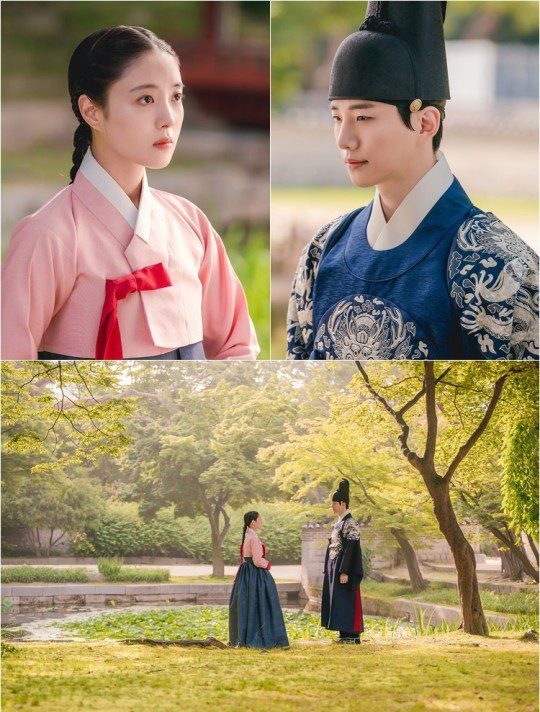 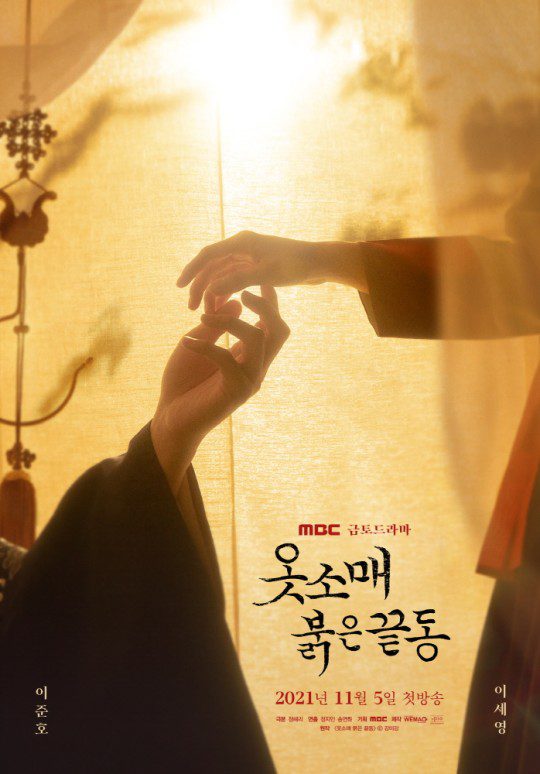