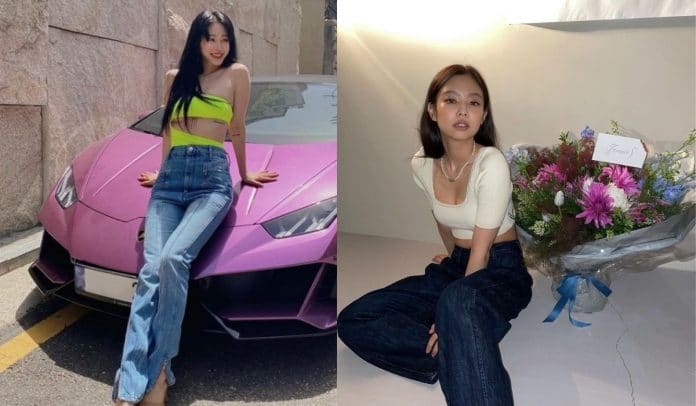 Han Ye Seul has been addressing fans questions and one of them has gained massive attention!

Han Ye Seul is currently dealing with a lot of controversy pertaining to her boyfriend whom she confirmed she was dating last month. He’s rumored to be an escort but Han Ye Seul had personally denied the news and promised she’d do her best to take legal action and protect her boyfriend.

Due to the fans concerns and questions, Han Ye Seul began to answer some on Instagram after posting a photo with her Lamborghini and one particular netizen asked her a very puzzling question, one about BLACKPINK Jennie that came out of nowhere.

“are the rumors of you slapping BLACKPINK Jennie true?”

Han Ye Seul responded directly to that question, she wrote,

“I haven’t met Ms. Jennie not even once.”

Fans are loving Han Ye Seul’s straightforward response to the ridiculous question, and many fans and netizens are still puzzled by the question because it came out of nowhere and there hadn’t even been an instance where the two celebrities ever interacted publicly not to mention how both of their professions differ.

What do you think of Han Ye Seul’s response to the question about Jennie?