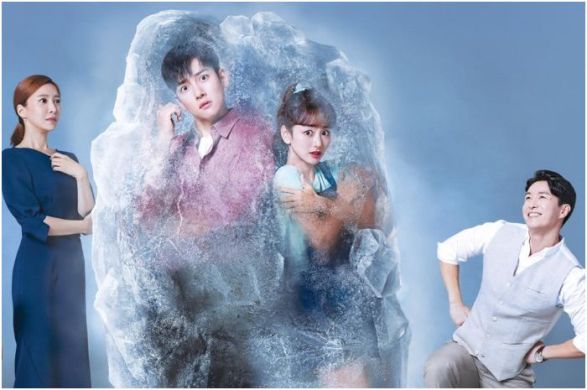 As far as first impressions go, I was immediately on board with Korean drama Melting Me Softly when Ji Chang Wook accepted it as his post-military comeback drama. And to increase the appeal and excitement, Won Jin Ah accepted the role as his leading lady. You may or may not know this but Just Between Lovers is one of my favorite k-dramas from 2017 and early 2018. This is partly in thanks to Won Jin Ah’s stellar acting. Ji Chang Wook is also one of my top favorite actors, so trying this drama out was a no brainer for me.

I’ve watched the first three episodes, so there will be some potential spoilers below.

It’s a story about a man and a woman who participated in a project to be frozen for 24 hours, only to be waken up 20 years later due to a mysterious scheme.

Once out of the freeze, the two experience a dangerous side effect from the project wherein they must maintain a core body temperature of 31.5 degrees Celsius (approximately 88.7 degrees Fahrenheit) to survive. Coupled with the warming of their hearts from romantic attraction, they find themselves in a sticky situation.

Ma Dong Chan is a star variety show PD, who makes hits out of every show he creates. He decides to personally participate in his show called “Frozen Human Project,” but instead of waking up 24 hours later, 20 years have passed when he opens his eyes. Everyone he knows has aged 20 years, while he has maintained his perfect physique and youth from pre-freeze.

If you’re brave and are checking out this post without knowing a single thing about Melting Me Softly, I linked the trailer that you can watch with English subtitles. This is a sci-fi/fantasy style drama, so it may not be your cup of tea. Try out the trailer and let me know what you think. I believe tvN has another hit drama on their hands.

One of the most notable things for me was the camera work in the first two episodes of Melting Me Softly. It seems like they really took this sci-fi/fantasy concept drama and decided to play around with camera angles. Of course it was slightly different and a bit jarring at first, but it didn’t take long to feel more fluid for me.

Also, this could be the high expectations in me talking, but I felt the first couple minutes of this drama didn’t immediately pull me into the story. It wasn’t bad by any measure, but I took a little time to adjust and get a good feel for the story. The great thing is that once I adjusted, I really started to become invested in the characters and the stories.

I love the blend of humor and seriousness. Some of our secondary characters have me doubling over in stitches. There’s Son Hyun Ki, (played by Lee Hong Ki in 1999) who is a bit of a scaredy cat. He is Ma Dong Chan’s hoobae (junior). Even his 2019 version played by Lim Won Hee is utter perfection.

Speaking of characters, we’ve got quite the colorful cast. 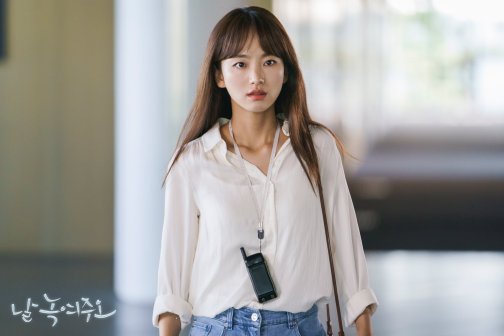 Won Jin Ah’s character, Go Mi Ran, is a college student, who lives at home with her mother, father, and her younger autistic brother. It’s not often that you find many k-dramas having characters with a mental handicap or disability, so I really appreciated the attention to detail.

Her dream is to make a lot of money so she can own a building and have a floor for her mother and father and her brother. She’s tenacious and stubborn and does whatever it takes to achieve this dream. It’s how she ends up working with Ji Chang Wook’s character, Ma Dong Chan, a very well known variety PD.

The two barely even talk to each other, but Go Mi Ran takes on any of Ma Dong Chan’s crazy ideas and experiments. She is physically and mentally tough–these aren’t the kinds of things that just anyone has the ability to pull off.

Family is the pinnacle of Go Mi Ran’s life. Everything she does is for her family, and it’s quite clear there’s nothing she wouldn’t do for them. Yet, at what expense? Go Mi Ran takes the 5 million won offer to be frozen for 24 hours. Sadly, she remains in a frozen state for twenty years and wake up into 2019.

The most heartbreaking moments in these first three episodes is when Go Mi Ran reunites with her family and they have aged greatly. So many things have occurred in the twenty years while she was sleeping, and to say that she’s overwhelmed and frustrated, is just putting it mildly. How will she adapt to this new world? I’m very curious. Technology and society has changed a lot in twenty years and it’s not going to be easy for her to live in the present time. I imagine it’s going to be even more difficult for her to adjust to the relationship between her family and friends. While 1999 is fresh in her mind as if it were yesterday, it’s the life and people of 2019 that are going to be a huge obstacle. 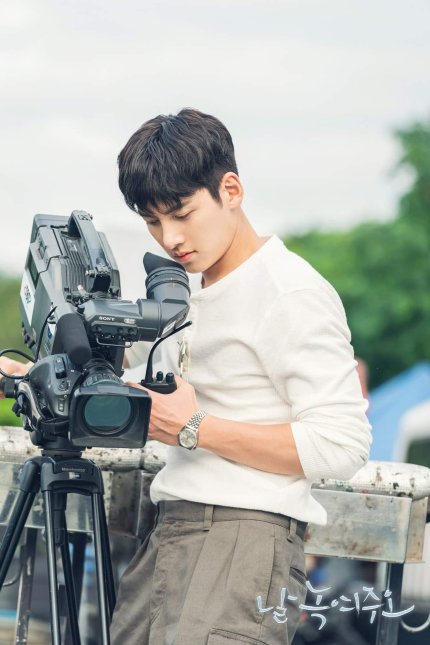 Ma Dong Chan is the PD (aka producer) of a very popular variety show. While he comes across as cold, watching him interact with his then-girlfriend, Na Ha Young, is actually sweet.

He has a great relationship with his family. Also, what about his relationship with Na Ha Young? They are a solid and adorable couple. (The worry wart in me is hoping that I’ll be able to get on board with Go Mi Ran as Ma Dong Chan’s love interest.)

Even with Ha Young’s pleading, Dong Chan is always concerned with being the first and covering the kind of content that no one else does. Instead, he carries on with what he wants to do and doesn’t even think of the repercussions.

That behavior is what lands him in a very frosty situation. He decides to be frozen for 24 hours and manages to get Go Mi Ran to be the female subject; he’s done his research and seems to think he’s got everything all figured out. But, alas, even the best laid plans run amok at times.

Things get very complicated when the doctor’s past comes back to bite him. He takes off with only 2 hours left on the timers. His assistant is left behind when the doctor ends up in a car crash.

Unfortunately, the doctor doesn’t make it back in time. When time runs out, alarms start going off and Dong Chan and Mi Ran’s vitals are in a bad state. It doesn’t seem like the assistant knows what to do to fix the situation. In a panic, he turns the freezing chambers back on and our leads are frozen.

Twenty years pass and we see that the doctor is still alive, but he seems unconscious? While the assistant is out, the doctor mysterious wakes up and decides to wake up Dong Chan and Mi Ran. Once they have thawed and the chambers have opened, the doctor inserts some kind of serum into them. Slowly, their organs start to work again and they wake up while the doctor has passed out nearby.

While the signs that it’s no longer 1999 are pretty dang obvious, our duo are extremely sick and pale. Their core temperatures are more than 10 degrees lower than they should be. It seems like maintaining a healthy temperature is going to be their biggest challenge. Let’s not forget our leads navigating a world that has grown and evolved drastically during the period they were frozen.

Let me be frank and say that no drama is perfect. Still, my personal first impressions of Melting Me Softly is that it’s really hitting a lot of the right notes. Between the characters, obstacles, the time periods, and the mystery/conspiracy surrounding the doctor that froze our duo, there is a lot I’m loving. Ji Chang Wook is nothing less than impressive and solid with his portrayal of Ma Dong Chan. And Won Jin Ah is not one to be undermined with her feisty, tough portrayal of Go Mi Ran. Our secondary characters really brought their A games and I like that everyone has their own, distinct personality.

I’ll be keeping a close eye on this drama and will try to follow up with more posts. What did you did? Did Melting Me Softly meet your expectations? How were your first impressions of this drama? I’d love to know what you think in the comments below.

Source: It Started with a KDrama 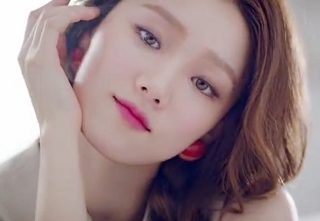