NewJeans Danielle’s Former Classmate Spills On What The Star Was Like In School, Revealing Her True Personality

NewJeans Danielle’s Former Classmate Spills On What The Star Was Like In School, Revealing Her True Personality

Since their debut, fans of NewJeans have loved learning more about the group’s personalities and interests.

With some members like Hyein being active before the group’s debut, it has been super easy to learn about them, even discovering connections to other up-and-coming groups like BABYMONSTER.

Others like Hanni have had the opportunity to showcase their personalities in variety show content and through interactions with the other members of the group.

Recently, a former classmate of Danielle took to TikTok, where he revealed that he attended school with the star and had no knowledge of her K-Pop idol status until recently. In the clip, he shows off what seems to be a yearbook photo of his class featuring Danielle.

In the caption of his post, the user @jack.0.toole, states that Danielle was “one of the nicest people” in their grade!

She was genuinely one of the nicest people in our grade and moved to Korea right after finishing year 6 im pretty sure. 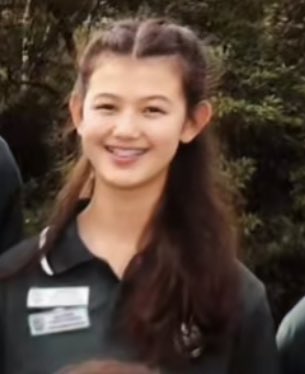 In addition, @jack.0.toole says that Danielle was the school captain, a position in Australian schools given to students to represent the class as a whole.

School Captains are leaders of the student leadership team who support the school’s leaders (Principal, Assistant Principal, Leading Teachers and Team Leaders) in delivering the school mission and vision. They represent the student voice within the school community and lead the student community throughout the school and across the wider community.

— Chalcot Lodge Primary School, a school similar to the one Danielle attended.

Apparently, Danielle was well-liked throughout the school, with @jack.0.toole saying that “he can’t remember anyone dissing her.”

Fans are not surprised that Danielle has always been a sweetheart, something that has been proven time and time again.

the way that our danielle is a school captain and has many friends at school but we never heard abt it from her speaks how humble and kind our danielle is 🤍 pic.twitter.com/kZ4tJxsvcF

no wonder she has that leadership vibe out all the members 😀 https://t.co/SgA1yAxouQ