New promos have arrived for Part 2 of Netflix’s The Glory, unveiling the last stage of our broken heroine Song Hye-gyo’s (Now, We Are Breaking Up) plans for revenge.

The new teaser begins with Dong-eun writing a letter to her dear Yeon-jin, the person she most wanted to forget after high school, but also the person she most wanted to see again. In a quick flashback, we’re reminded of Dong-eun’s tormented past before catching up to our characters in the present, where we re-meet Yeon-jin’s accomplices and fellow bullies: Park Sung-hoon (Memorials), Kim Hieora (Bad Prosecutor), Cha Joo-young (Again My Life), and Kim Gun-woo (Record of Youth).

Dong-eun’s plans are thorough, though, and she’s also considered how Yeon-jin’s husband Jung Sung-il (Our Blues) and Yeon-jin’s mother Yoon Da-kyung (Work Later, Drink Now 2) will be involved. We then get a glimpse of Dong-eun’s supporters, Joo Yeo-jung (Lee Do-hyun) and Kang Hyun-nam (Yeom Hye-ran), as the music ramps up and our characters become (more) unhinged with emotion. The teaser finally closes as Dong-eun wraps up her letter and quietly watches the photo of Yeon-jin burn in the fire.

Written by Kim Eun-sook (The King: Eternal Monarch) with PD Ahn Gil-ho (Happiness) at the helm, the second half of Netflix’s The Glory will be dropping on March 10. 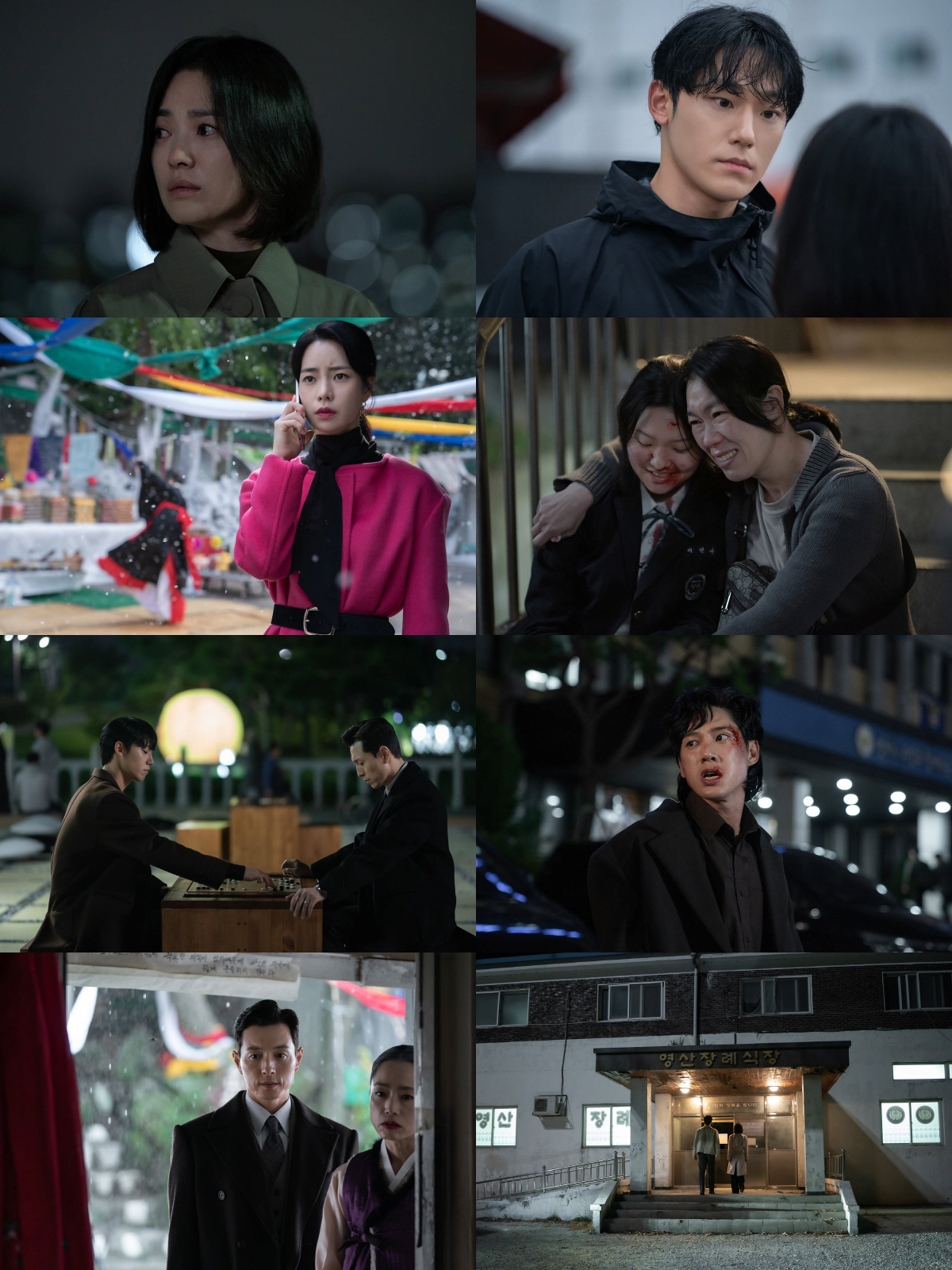