Sulli’s Friend Blasts Her Mother For Using Sulli, Even After Her Passing 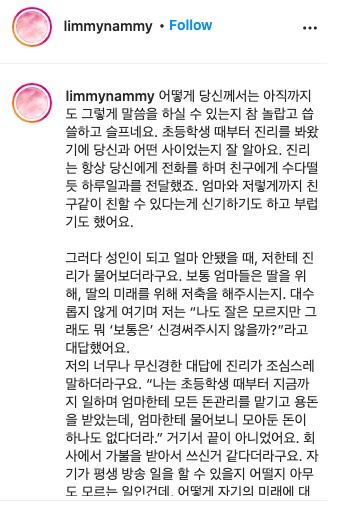 Sulli’s Friend Blasts Her Mother For Using Sulli, Even After Her Passing

This is of course, in reference to her appearance yesterday on MBC‘s Docuplex, in an episode centered around Sulli titled “Why did you find Sulli so problematic?”

The friend who claims to have known Sulli since her elementary years, says that Sulli has always been extremely close to her mom. Sulli was constantly on the phone with her mom, and their relationship purportedly resembled that of two best friends, rather than mother and daughter.

After Sulli reached adulthood, she asked her friend what mothers typically do for their daughters financial savings wise. Her friend nonchalantly responded “I’m not sure, but “usually” they would take care of their offspring.”

Sulli then revealed that her mom has been managing her finances since her earliest days, and she was always given allowances. However, when confronted about savings, she was told that there were none.

To make matters worse, her mom had been requesting advances on her salary from SM Entertainment, and blowing through the money. Sulli confessed that she doesn’t know what the future holds for her in the entertainment industry, and was hurt by her mom’s irresponsible behavior.

The friend then blasted both Sulli’s mother and older brother for not having worked jobs of their own. Sulli was enduring hardships as a top tier K-Pop idol who increasingly found herself mired in criticism and controversy, and her two family members were content to leech off her income.

Sulli’s mom, I know for a fact that you used to work, but when did you stop?

While the friend acknowledged that Sulli’s mom gave birth to and raised her daughter, she nonetheless was livid at the parasitic behavior. She explicitly pointed out the fact that the watershed moment when Sulli’s relationship with her mom had gone awry, was when she asked to be paid directly by SM. Furthermore, she claims that she remembers the responses given to Sulli when she posed the question “How could you so carelessly burn through my hard earned income?”

The friend notes that during times of hardship Sulli relied heavily on her family members, who in turn had the duty to provide unconditional support. Upon finding out that her family had things other than her best interests at heart, Sulli must have been devastated. The friend “cannot comprehend the magnitude of pain” Sulli must have suffered when she broke off the relationship with her mom.

Her friend confessed that over the course of their 15 year old relationship, she too had times when she neglected or distanced herself away from Sulli. However, she evidently could not contain her disgust at Sulli’s mom, who not only used her throughout her life, but also had the unmitigated gall to use her once again…this time posthumously.

Who was this produced for? Why did you publicize her diary? What does Sulli have to gain from this? To those of who you appeared on camera: did you really do it with Sulli’s best interests, and with the purest of intent to have her be remembered fondly by others?

She appears to have found out about the documentary through screenshots provided by others, and stressed that she was in utter shock when she confirmed the airing. She ended her post with a plea asking to leave Sulli alone, and to no longer use her name for clout.

If you or someone you know is struggling with depression or has had self-harming thoughts, do not hesitate to reach out to your local confidential support for people in distress or to call the Lifeline. The Lifeline provides 24/7 free and confidential support for people in distress as well as prevention and crisis resources for you or your loved ones. 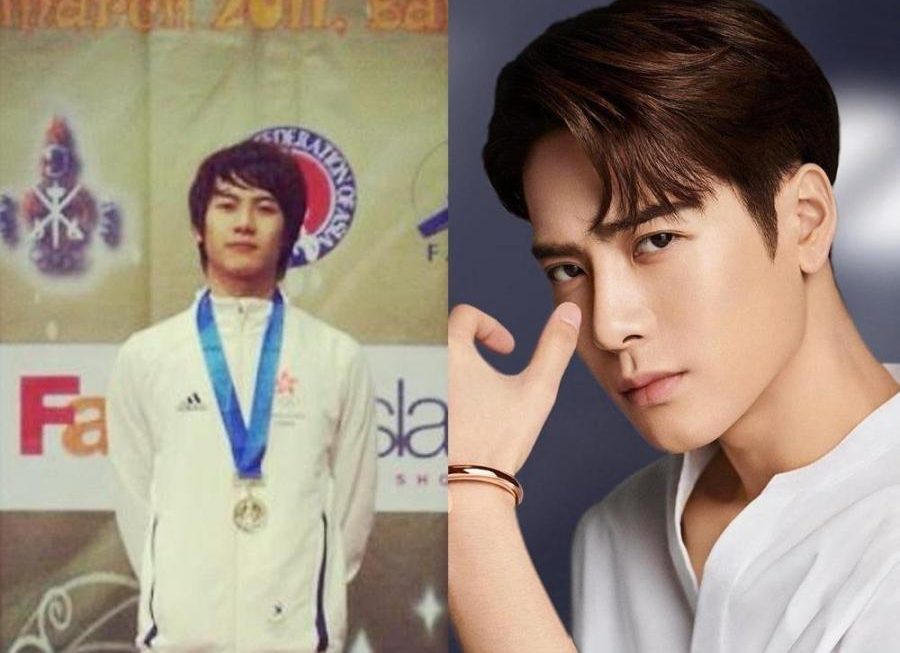 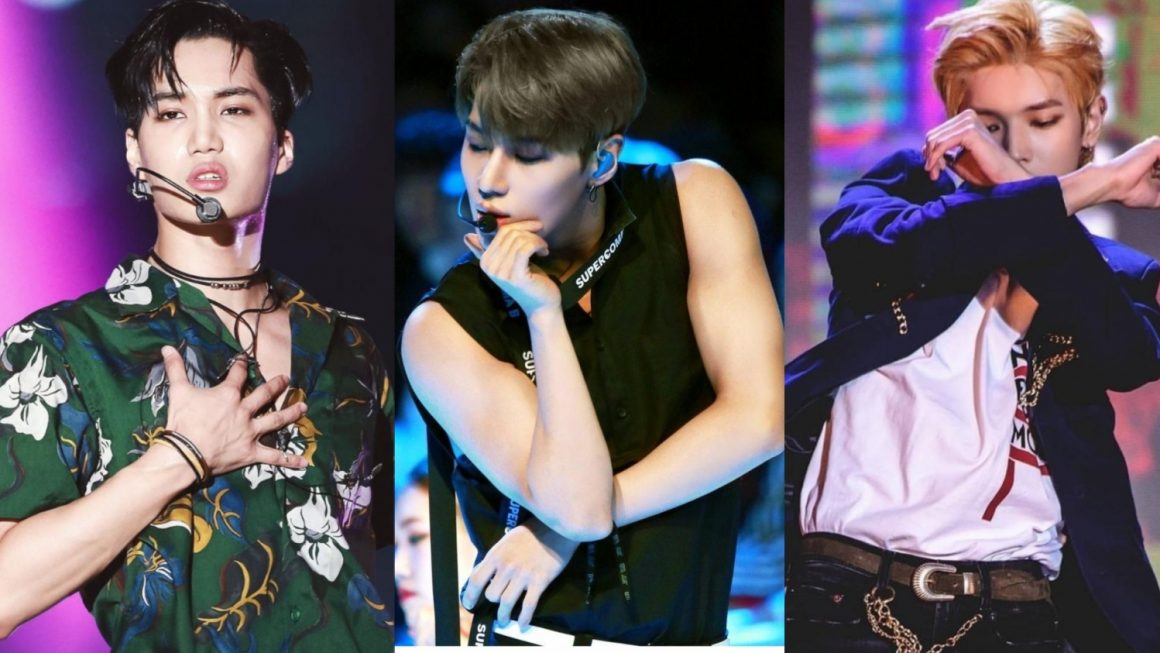 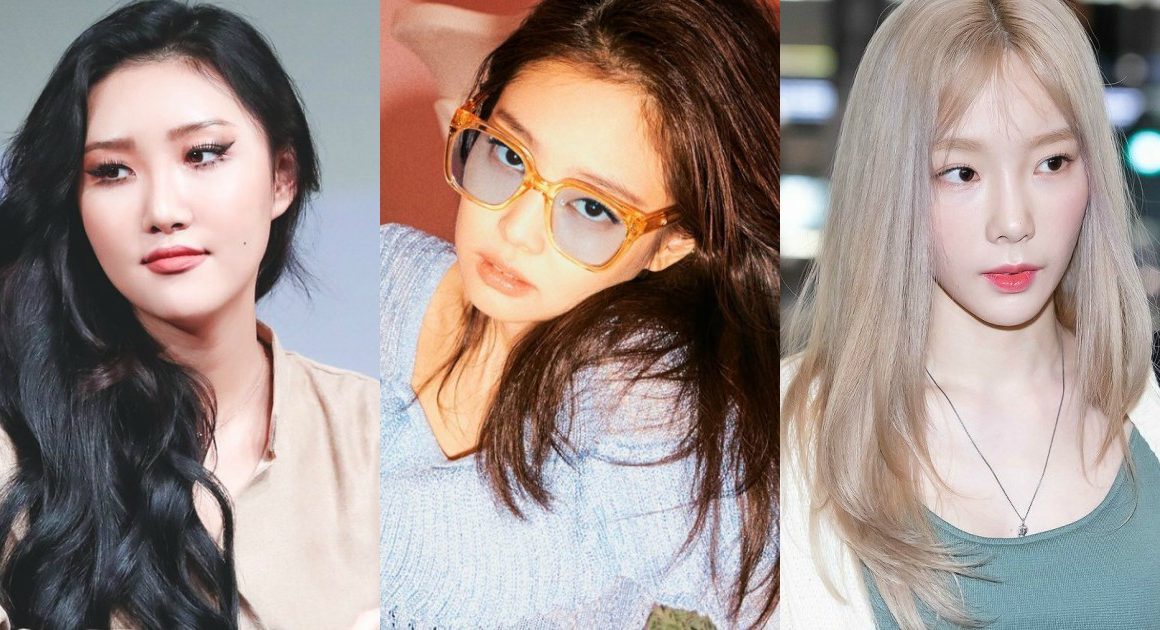