[BREAKING] Seo Ji Hye And Kim Jung Hyun Have Been Reportedly Dating For One Year + Agency Denies Three Times, Here Is Why 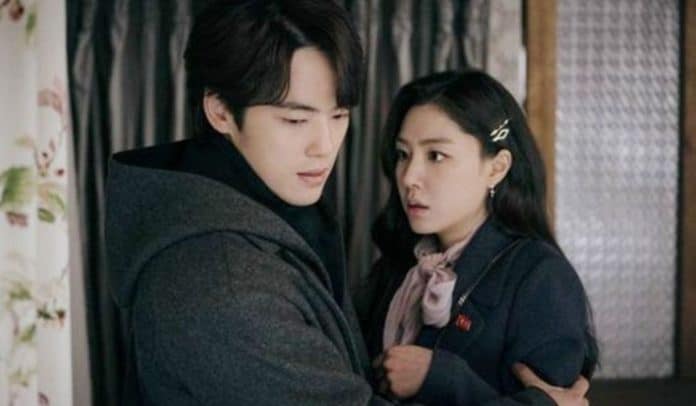 [BREAKING] Seo Ji Hye And Kim Jung Hyun Have Been Reportedly Dating For One Year + Agency Denies Three Times, Here Is Why

Seo Ji Hye And Kim Jung Hyun have been involved in dating rumors!

The issue began on April 8 and has confused fans due to the multiple reports being written about it and the multiple denial statements specifically by Seo Ji Hye’s agency.

So to all the confused fans, here is the timeline of when Seo Ji Hye And Kim Jung Hyun dating rumors began and why they had to deny it three times.

On April 8, a Korean news outlet named Sports Chosun reported that Seo Ji Hye and Kim Jung Hyun are dating. They allege the two “Crash Landing on You” stars have developed from friends to lovers, the news outlet claims Kim Jung Hyun had fallen for Seo Ji Hye’s femininity and cleverness, while Seo Ji Hye fell for Kim Jung Hyun’s attentiveness and enthusiasm. It’s also backed by an alleged acquaintance close to them.

Fans were especially excited about the initial report as many had already shipped them together. The two actors played on-screen couple on the hit drama.

While many actors agencies take time to look into such reports, Seo Ji Hye’s agency denied it almost as soon as the report was released, they stated that she’s definitely not dating Kim Jung Hyun and that they’re ‘shocked’ by the reports.

This was followed by a response from Kim Jung Hyun’s agency which also denied the news in a statement to another news outlet. They stated they have developed a close relationship as a senior and junior after working together in tvN’s ‘Crash Landing on You.’

In a surprising turn of events and amid the dating rumors, another news outlet reported that actor Kim Jung Hyun was in talks to join Seo Ji Hye’s agency. The actor has about a month left on his contract with his current agency O& Entertainment and will become a free-agent soon.

In response to the report, Culture Depot revealed,

“We are positively discussing an exclusive contract with Kim Jung Hyun.”

But things didn’t stop there, leading us to Dispatch’s report of Seo Ji Hye And Kim Jung Hyun.

Despite Seo Ji Hye And Kim Jung Hyun denial, Dispatch has released its own exclusive report to claim the two actors have indeed been dating for over a year, they published photos of the two actors entering what appears to be an apartment building together keeping a noticeable distance from each other.

According to Dispatch, Seo Ji Hye and Kim Jung Hyun have been dating for a year following the conclusion of “Crash Landing on You,” and they’d usually have their dates at either of their places which are 10 minutes distance from each other.

Dispatch also added that Kim Jung Hyun moved to Seongdong District, where Seo Ji Hye lives, last year and the two actors enjoyed having dates on the outskirts of Seoul with Seo Ji Hye driving. They also shared a testimony of an acquaintance close to them who claimed the two would spend lots of time together and spend their birthdays together. Another acquaintance revealed that Kim Jung Hyun relied on Seo Ji Hye after going through personal issues.

Seo Ji Hye’s agency stuck to their initial statement despite the Dispatch report and told the news outlet that the two actors had met up to speak about the matter of transferring his agency since he’s set to become a free-agent soon. In regards to why they were spotted going inside the same apartment building together, the agency explained it was due to the pandemic.

In a different statement to another news outlet called Herald POP, a source from Culture Depot further stated that they’re simply ‘close friends,’ adding that many celebrities live in Seongdong District [in response to the reports that he moved in closer to her home]. They reiterated that they’ve decided to meet at home to discuss matters of his potential signing with them because they live nearby and due to the ongoing pandemic.

So there you have it, here is why there are so many reports about Seo Ji Hye And Kim Jung Hyun dating news and why there are many denial statements.