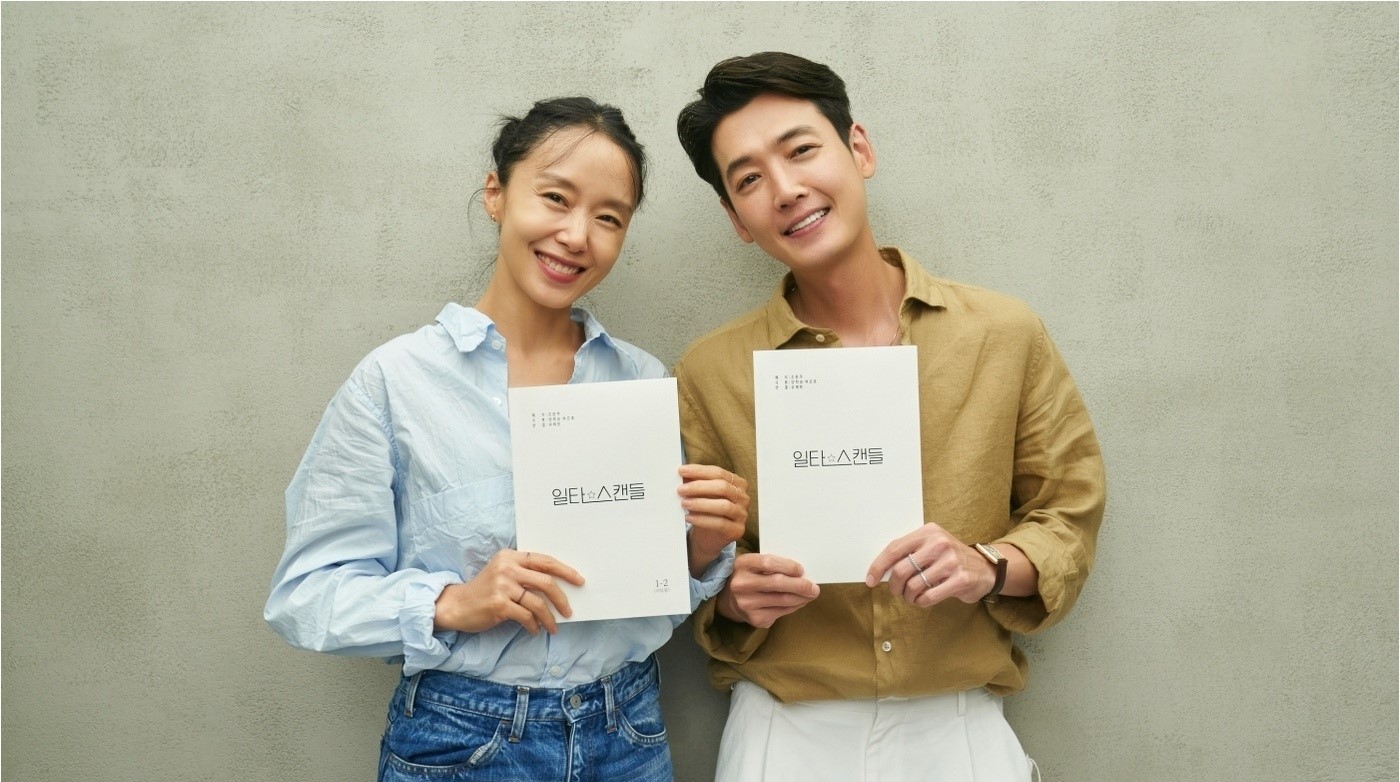 The first script reading stills have been released for tvN’s One Hit Scandal and it’s a nice change to see Jeon Do-yeon (Human Disqualification) taking on a light rom-com after her more serious performances in recent projects. Jung Kyung-ho (Hospital Playlist 2) has always been a win for me as well and I’m excited to see how the two are paired in this story.

Centered around the world of private education, Nam Haeng-sun (Jeon Do-yeon) is a former national athlete who is belatedly jumping into the ins and outs of the education sphere. Even in the face of obstacles, though, she stands by her decisions with pride. Having trained as an athlete, her experiences have taught her to trust in her strengths and be confident in her abilities.

That confidence is shared by Choi Chi-yeol (Jung Kyung-ho) as well, who enjoys a successful career as a math instructor. Although he tends to be sensitive and prickly in personality, he tries not to let things interfere with his work and he’s a true professional in his job.

Production for the drama is being led by PD Yoo Je-won (Hometown Cha-Cha-Cha) and writer Yang Hee-seung (Weightlifting Fairy Kim Bok-ju), who worked together previously on Oh My Ghostess and High School King of Savvy. Slated to premiere this coming January 2023, tvN’s One Hit Scandal will be airing in the weekend slot. 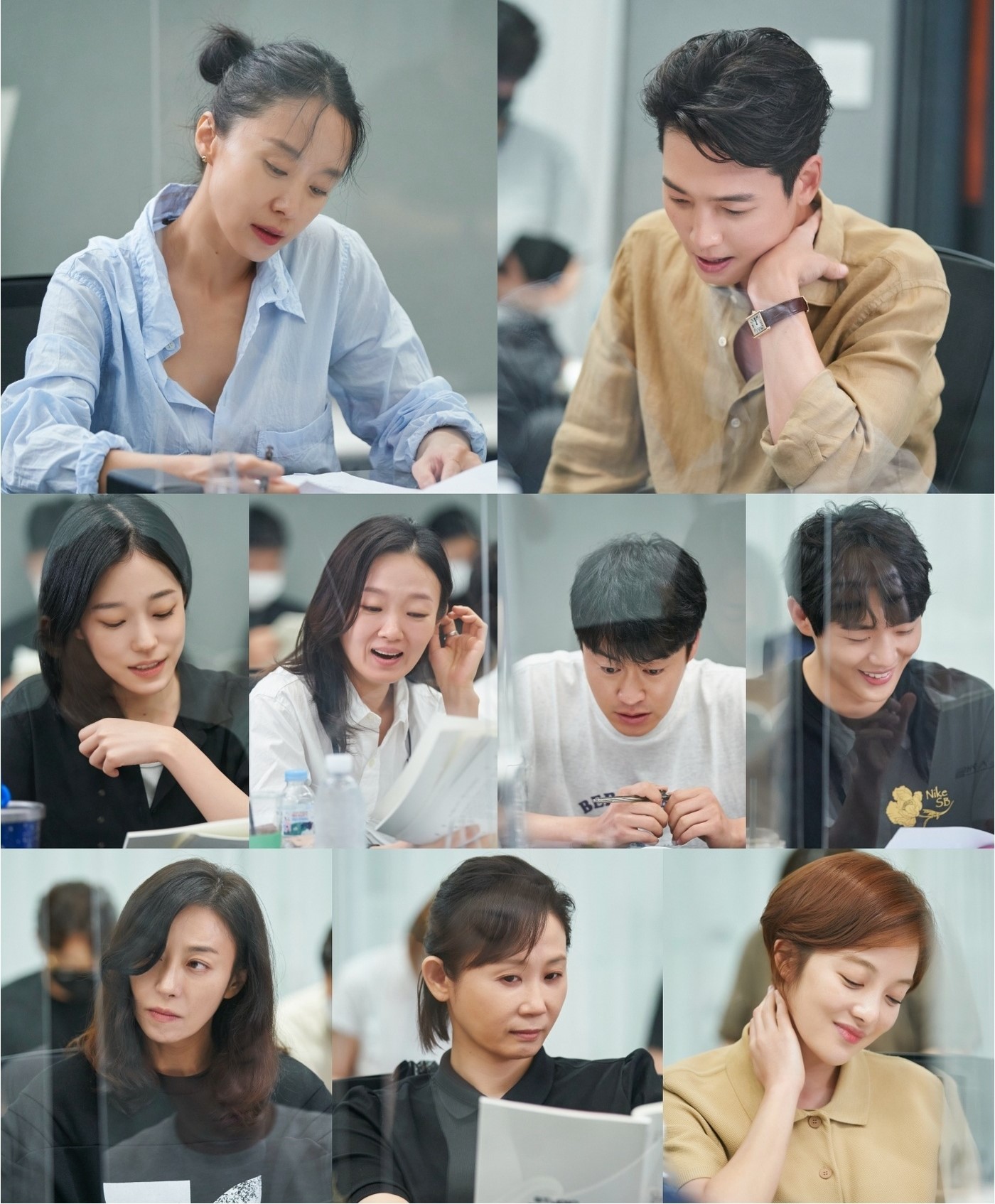