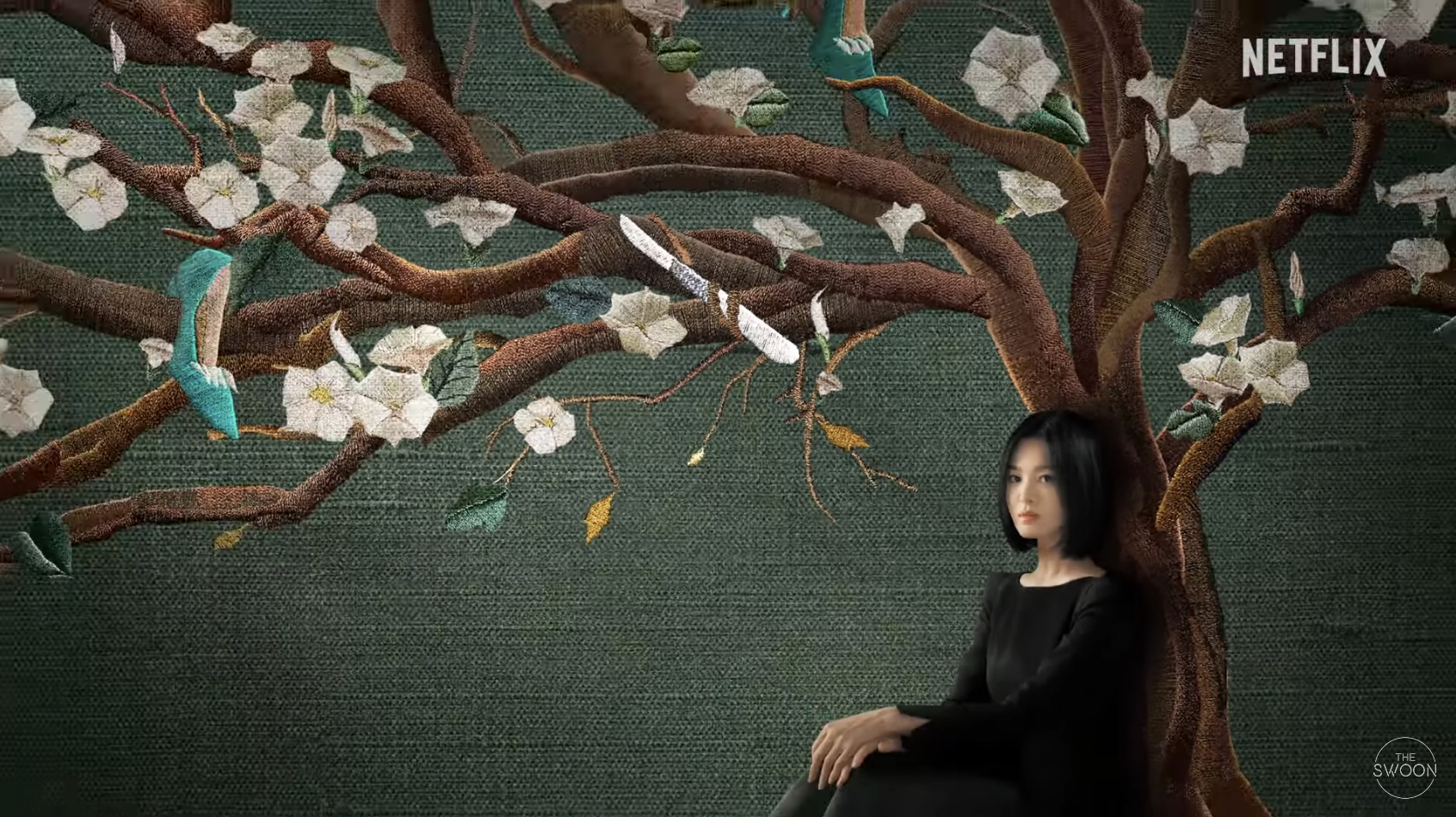 Well, it’s kind of hard not to love Netflix’s date announcement teaser for The Glory. Though kept mostly under wraps, the drama is brimming with buzz, not only because it stars Song Hye-gyo and Lee Do-hyun, but mostly because of its creative talent.

The revenge drama is written by none other than Kim Eun-sook (The King: Eternal Monarch, The Lonely Shining Goblin, Mr. Sunshine, Descended From the Sun, etc.) and directed by Ahn Gil-ho. While I personally struggle with Kim Eun-sook’s dramas (it’s a me problem), Ahn Gil-ho is one of my favorite PDs out there. So, add in the haunting soundtrack and the mesmerizing live embroidery session, and I’m committed without even being told much at all.

The teaser is simple but effective. We watch a scene embroidered in front of us — a tree entangled with all sorts of meaningful objects — and then sitting against the trunk of the tree is our heroine (Song Hye-gyo). She looks at the camera and narrates eerily: “There will be no mercy, so there will be no glory either.”

Indeed, the story is about this woman’s long-awaited plan for revenge. In her youth she was forced to give up on her dreams due to the violence and bullying she experienced. Now, she seeks revenge again the child of her prime tormentor. Uhhh that sounds awfully dark, right? It remains to be seen just how dark this thing will get — versus how melo — but it is a Netflix production, after all, so you can guess where my vote lies.

The 8-episode drama The Glory will release on Netflix on December 30. 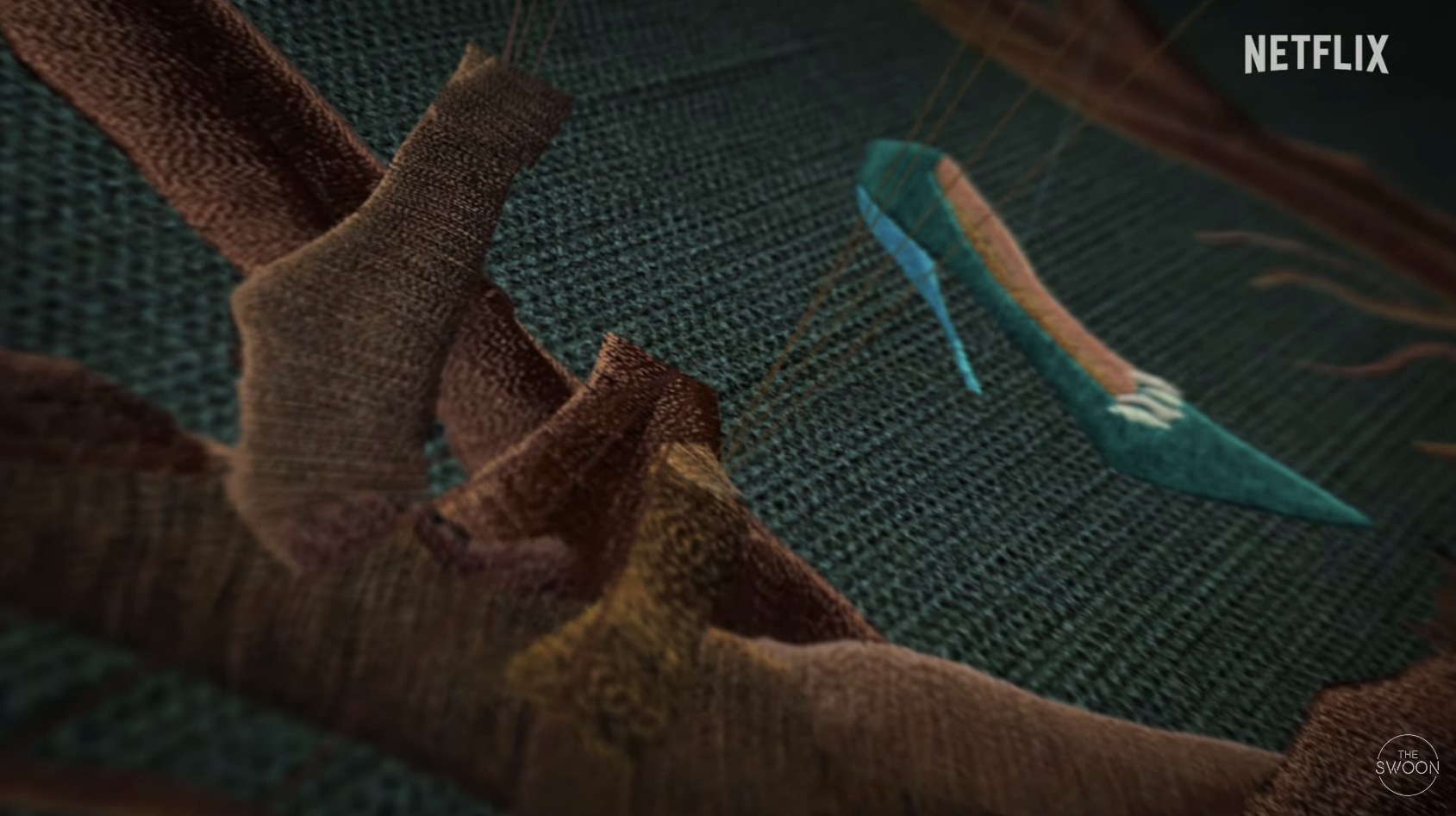 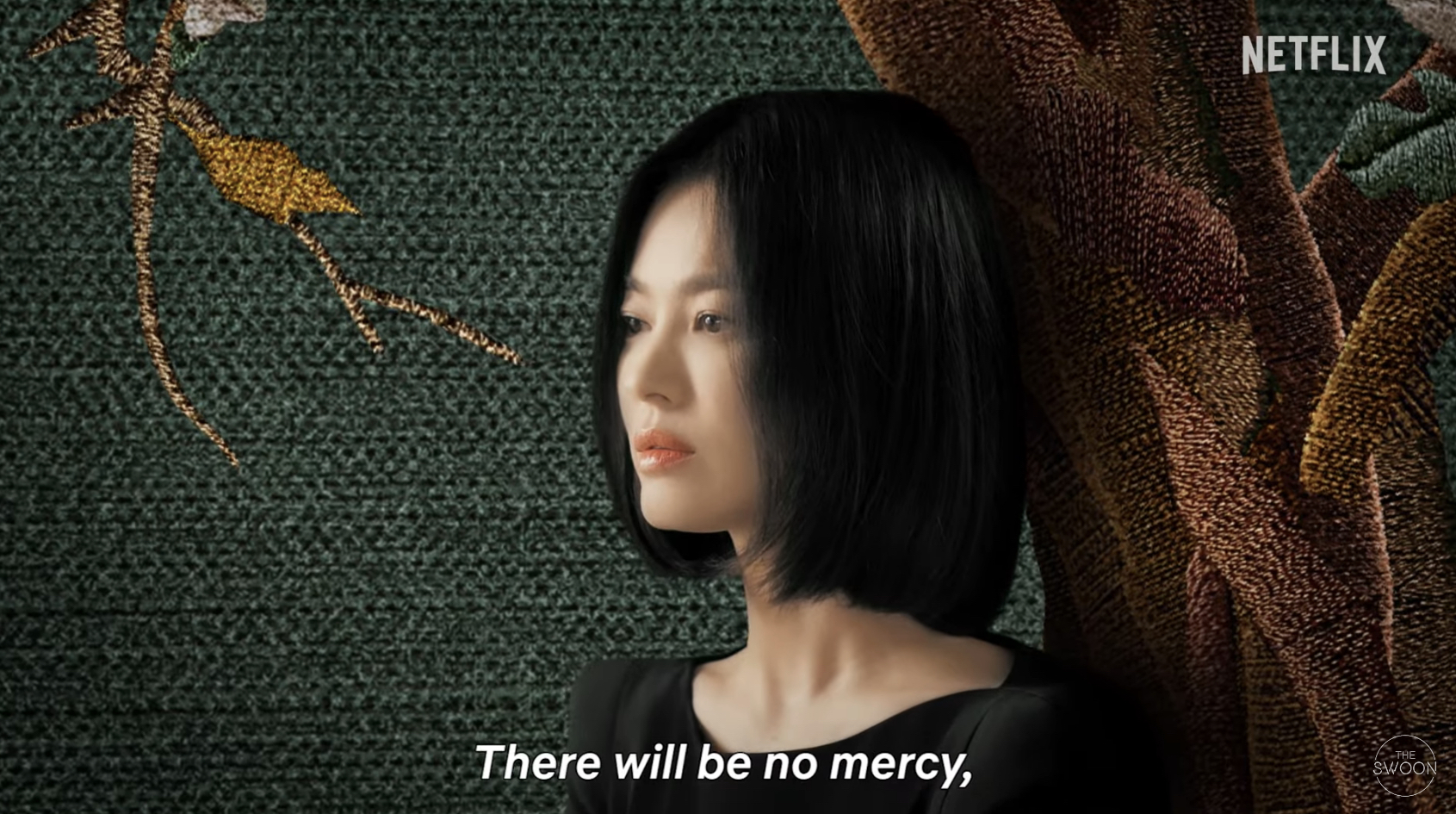 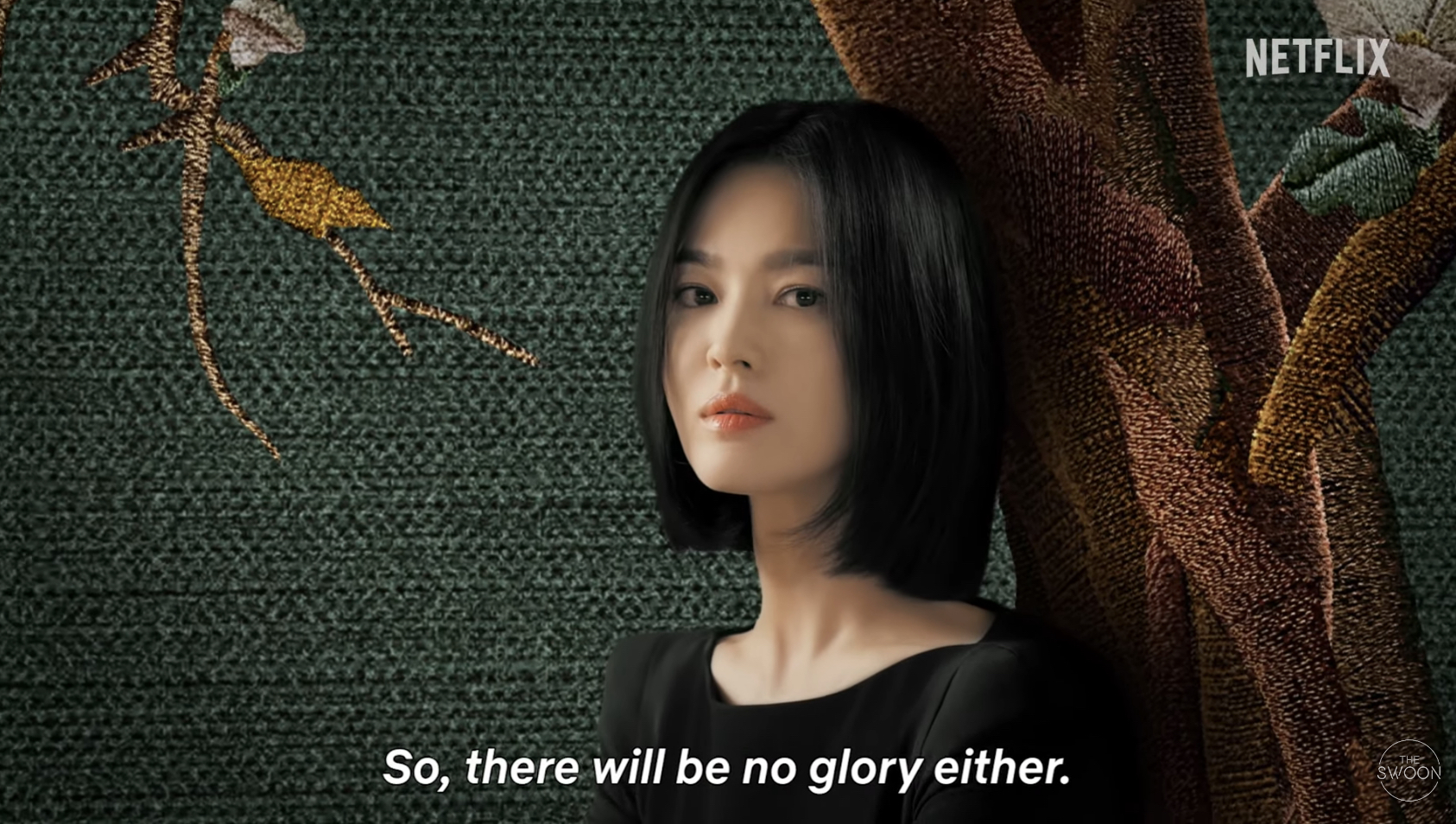 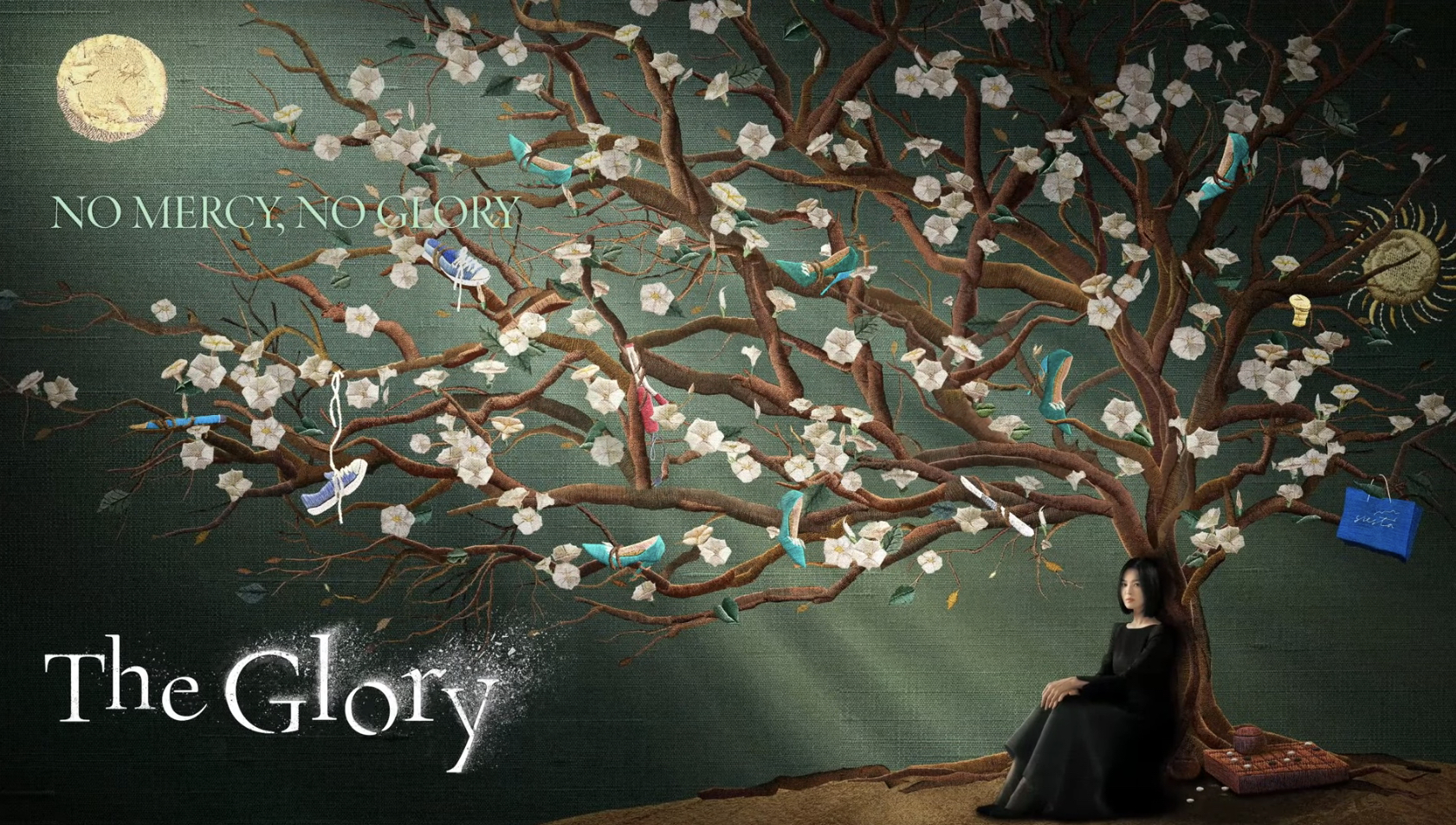