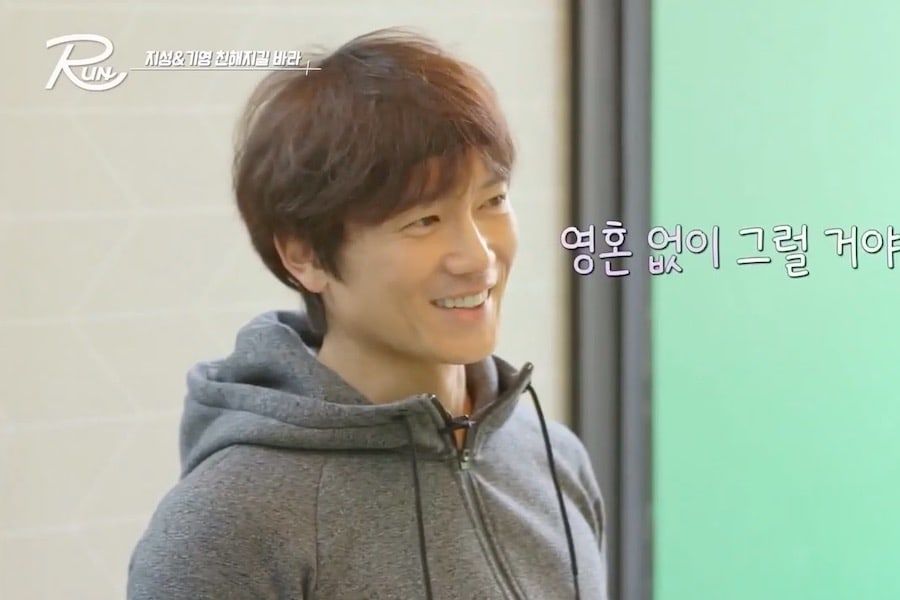 On the premiere episode of tvN’s “RUN,” Ji Sung shared some insights into his life with his family. Ji Sung married actress Lee Bo Young in 2013, and the couple has two young children.

The new show “RUN” follows its cast of Ji Sung, Kang Ki Young, Hwang Hee, and Lee Tae Sun as they train together with the goal of taking part in a marathon in Florence, Italy. Ji Sung showed his passion for running throughout the episode as he led the team to achieve their goals.

While they sat down together on the 27th day before the marathon to have a meal and talk about taking on the challenge, Ji Sung suggested that they meet every day in the morning to run together. Lee Tae Sun replied, “When you sent me a message that said you were going to sleep, it was 7 p.m. I was so surprised.”

Kang Ki Young commented that he must be a big morning person. Ji Sung explained, “When I started putting the kids to bed, I started going to sleep then too. Then I start the day earlier.” He floored everyone by suggesting that they meet at 5 a.m. before the sun rises. 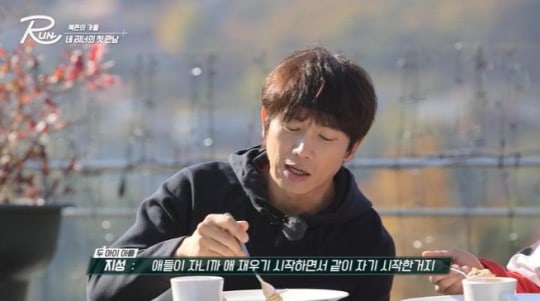 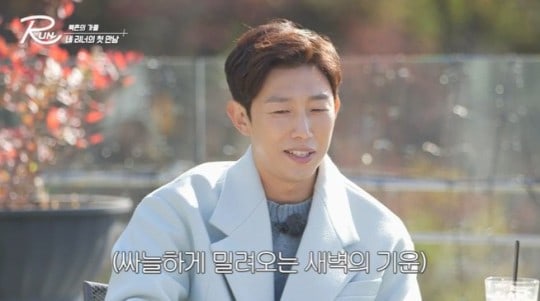 Also in the episode, Ji Sung and Kang Ki Young chatted together on their own. Ji Sung told Kang Ki Young, “My wife was the happiest person to hear that we’re doing this together.”

Kang Ki Young replied formally, “It’s even an honor that she knows who I am,” and Ji Sung teased him by telling him not to talk like that just because they’re on television.

Ji Sung also shared, “I thought it would be a bit less lonely if I were to run with my wife, but she told me to run on my own.” He laughed and explained that although she also likes running, their timing doesn’t match.

He continued, “There are a lot of times that she and I have different things we want,” and explained that being unconditionally considerate of each other’s wishes is important. 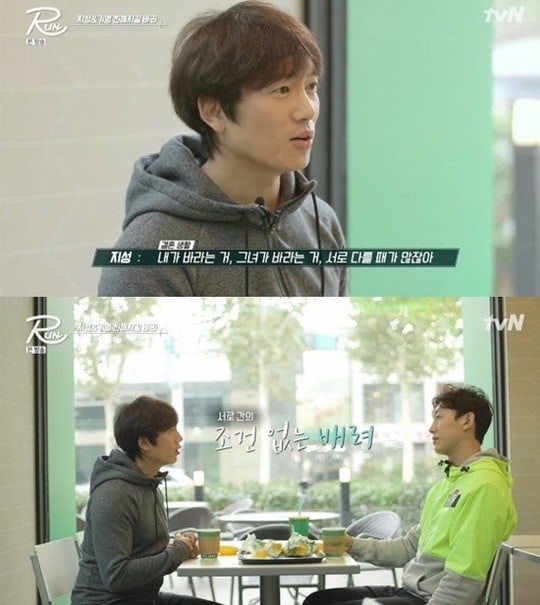 After the guys arrived in Italy and settled into their lodgings, they talked together about their lives. Kang Ki Young commented that life must be totally different for Ji Sung since he has children.

Kang Ki Young asked if he’d completely quit drinking before the birth of his child, and Ji Sung said that he hadn’t been completely off alcohol before then but had started to quit.

“At some point, I realized that my drinking wasn’t any help to myself or my family,” he said. “I restrain myself. It’s impossible to raise kids while doing everything like going out for work dinners.”

Lee Tae Sun asked if Lee Bo Young drinks, and Ji Sung said, “She’s the type to practice moderation and drink in a happy way.” Kang Ki Young asked if Ji Sung had been more the type that loses consciousness, and Ji Sung replied, “That’s right. When my life felt quite difficult to bear, I gained strength from alcohol so I could get through it.”

Kang Ki Young was surprised and asked if it had been his 20s that was so difficult. “There was a time in my life that was so difficult I could only get through it by gaining strength from alcohol,” said Ji Sung. “Still, it was all futile. But now I have a wife and children, so I gain courage. I want to be with my wife for longer and I want to be healthy when I’m standing next to my children at their weddings and watch over them. A father has to be healthy to do things for his family.” 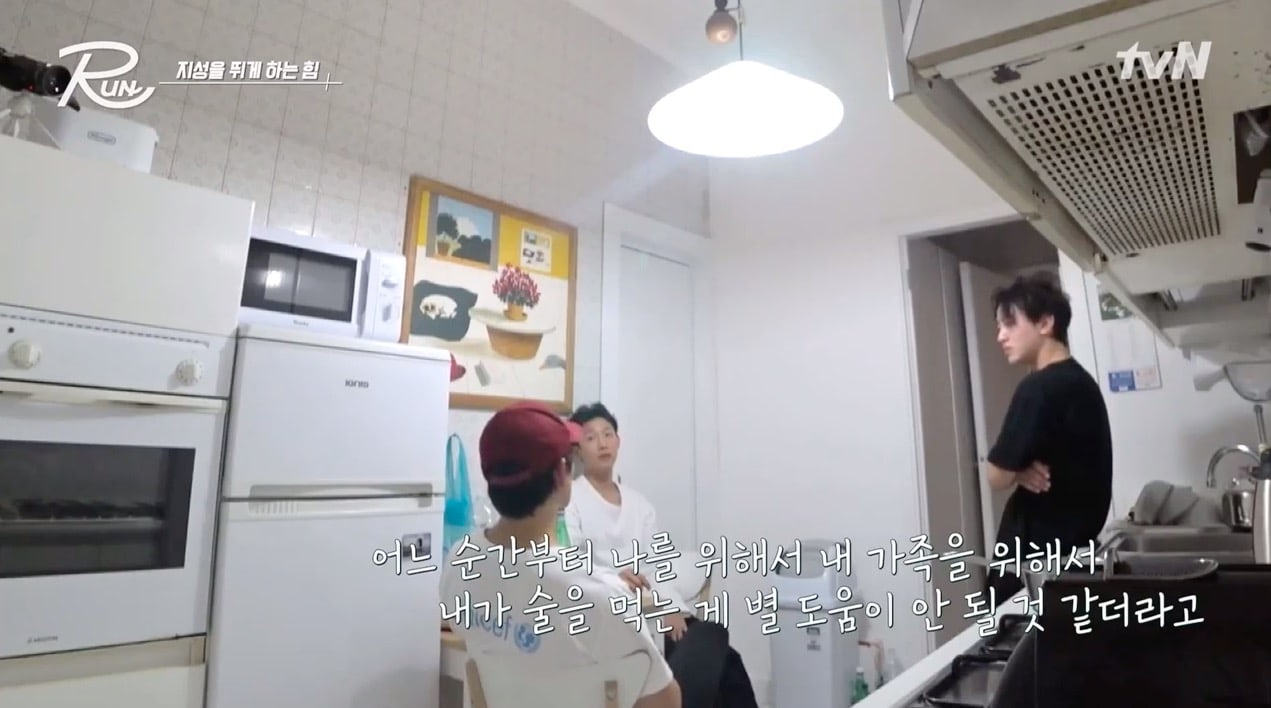