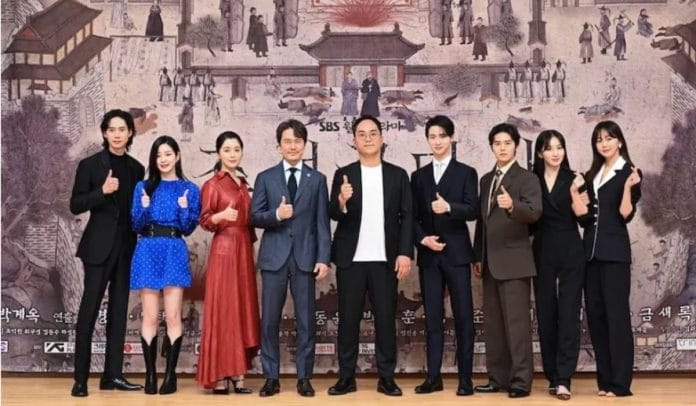 Previously, the SBS historical drama was canceled only after airing two episodes after it was accused of distorting history. This in turn caused huge losses to the production company and the ones involved lost hundreds of thousands of dollars in damages.

The issue was made worse after it was revealed that the actors and staff had filmed up to 80% of the drama already, meaning they’ve filmed for 14 episodes out of the 16 episodes slated for the drama.

A newly released article by Ilgan Sports News reported that “Joseon Exorcist” actors are reportedly only getting paid for the two episodes that aired instead of the 14 as the production team is finding it difficult to pay the actors for the entire episodes they’ve filmed.

An insider source from one of the actors’ agencies has told the news outlet that they’re having difficulty receiving payment for the episodes the actors have filmed and said its difficult to ask the production team to pay for the work but it has also placed the agencies in a more difficult position as they’re unable to account for the investment put in every episode, the source called the situation ‘frustrating.’

“Joseon Exorcist” production has not publicly addressed this situation and it remains unclear whether the actors and staff will be paid for the 14 episodes they’ve filmed or not.