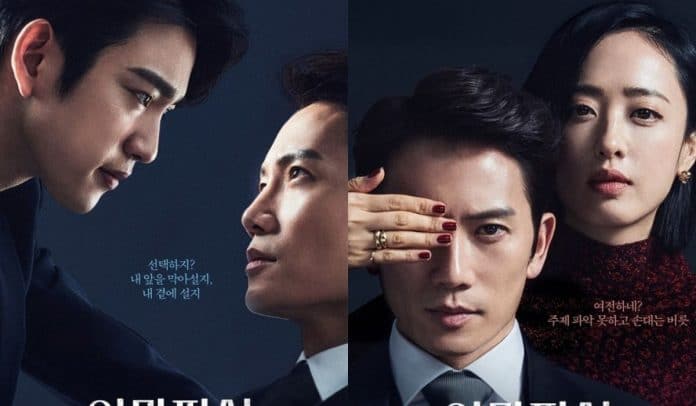 tvN has begun releasing teasers for its upcoming drama “The Devil Judge”!

“The Devil Judge” is set in an alternate-universe, dystopian version of Korea where the entire nation participates in a trial through a live broadcast courtroom show.

Ji Sung is taking on the role of Kang Yo Han, a head judge with mysterious intentions, Kim Min Jung will take on the role of Jung Sun Ah, Kang Yo Han’s greatest rival and the executive director of a CSR (corporate social responsibility) foundation.

Check out the newly released posters below!

tvN has also released a new video teaser that showcases the type of rivalry between Kang Yo Han and Jung Sun Ah.