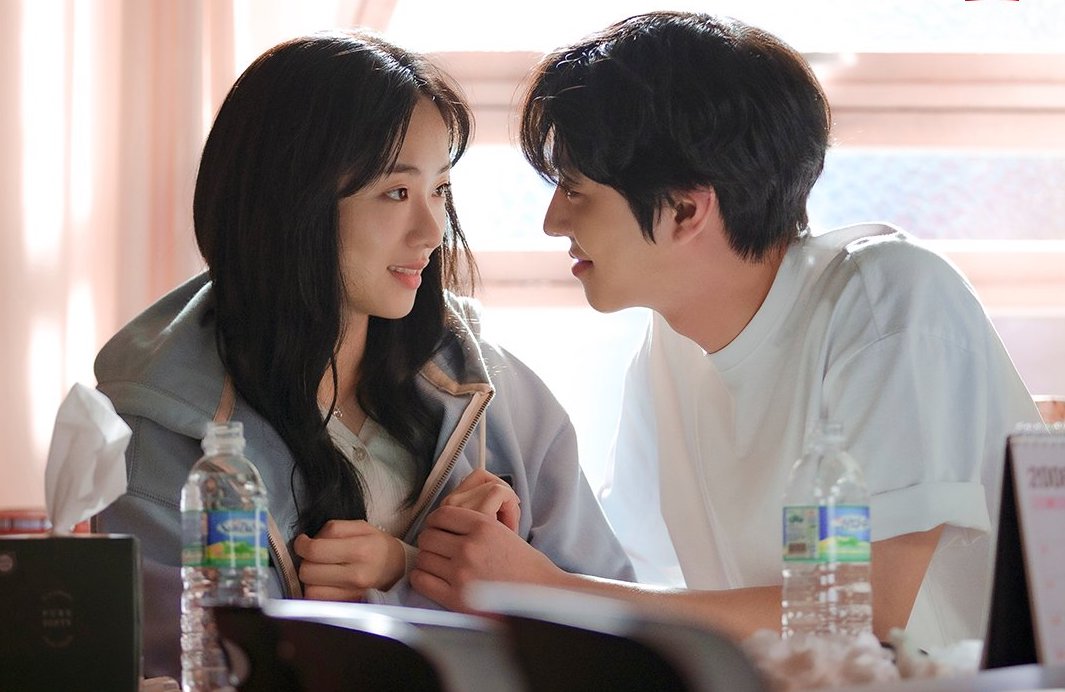 Netflix is showing no signs of slowing down with their K-content this year, and we have a whole slew of dramas (and films) to look forward to. There’s certainly a wide spectrum of genres and stories here, which is refreshing to see. We’ll focus on the Netflix series, but also cover the Netflix licensed content and films towards the end. Let’s dig in! 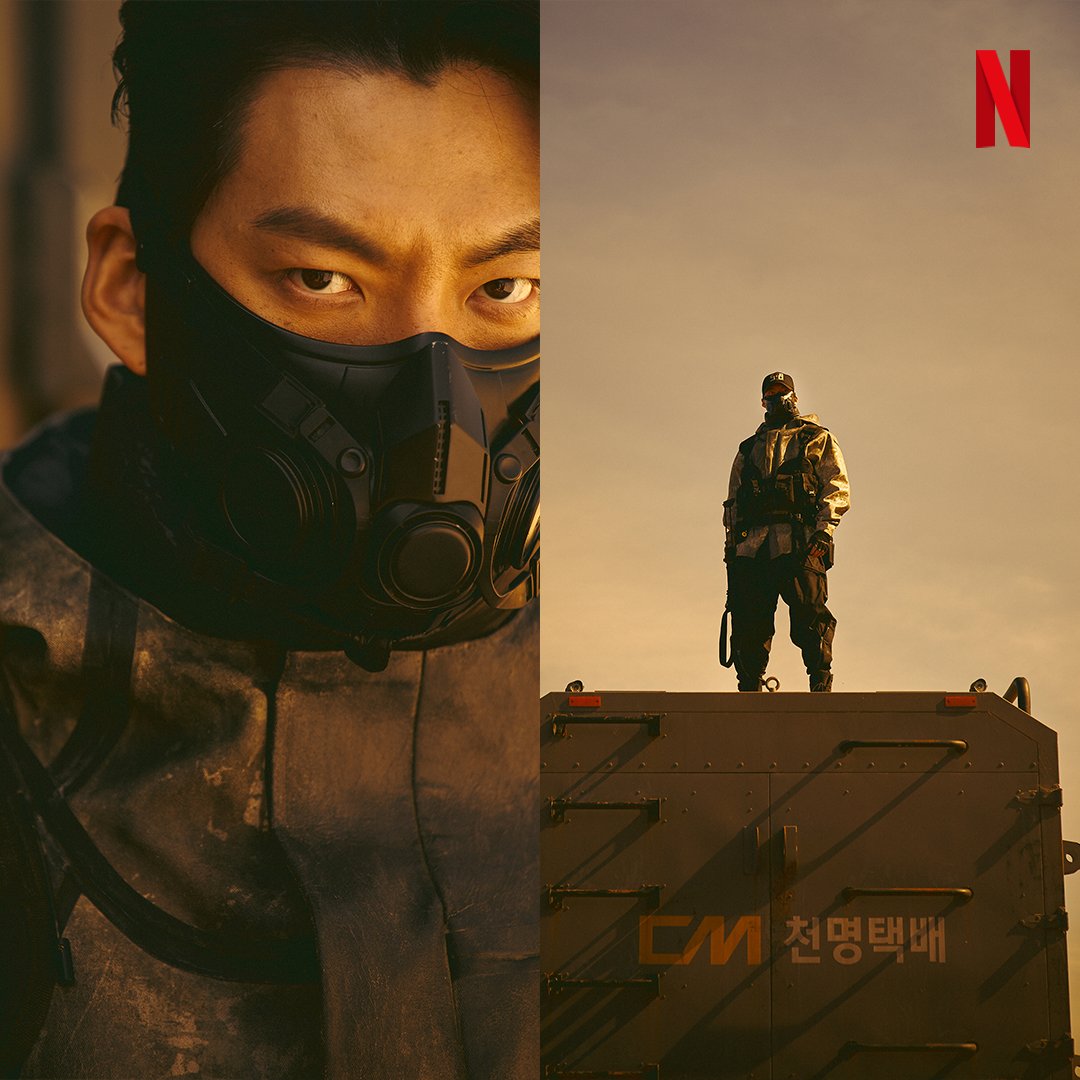 Drama: Black Knight
Release date: Q2 2023
Need to know: This Netflix series is set in a dystopic future, and is led by Kim Woo-bin and Esom. The drama was previously translated as Delivery Knight, and you can read more about the story here. I know I usually like my K-dramas to be K-dramas, but I will make an exception here, because the thought of a heavy-on-the-world-building sci-fi drama with Kim Woo-bin as the hero is pretty much all they needed to say. Then they threw in that teaser photo of him in the gas mask with a dangerously sexy gaze, and I am fully committed. 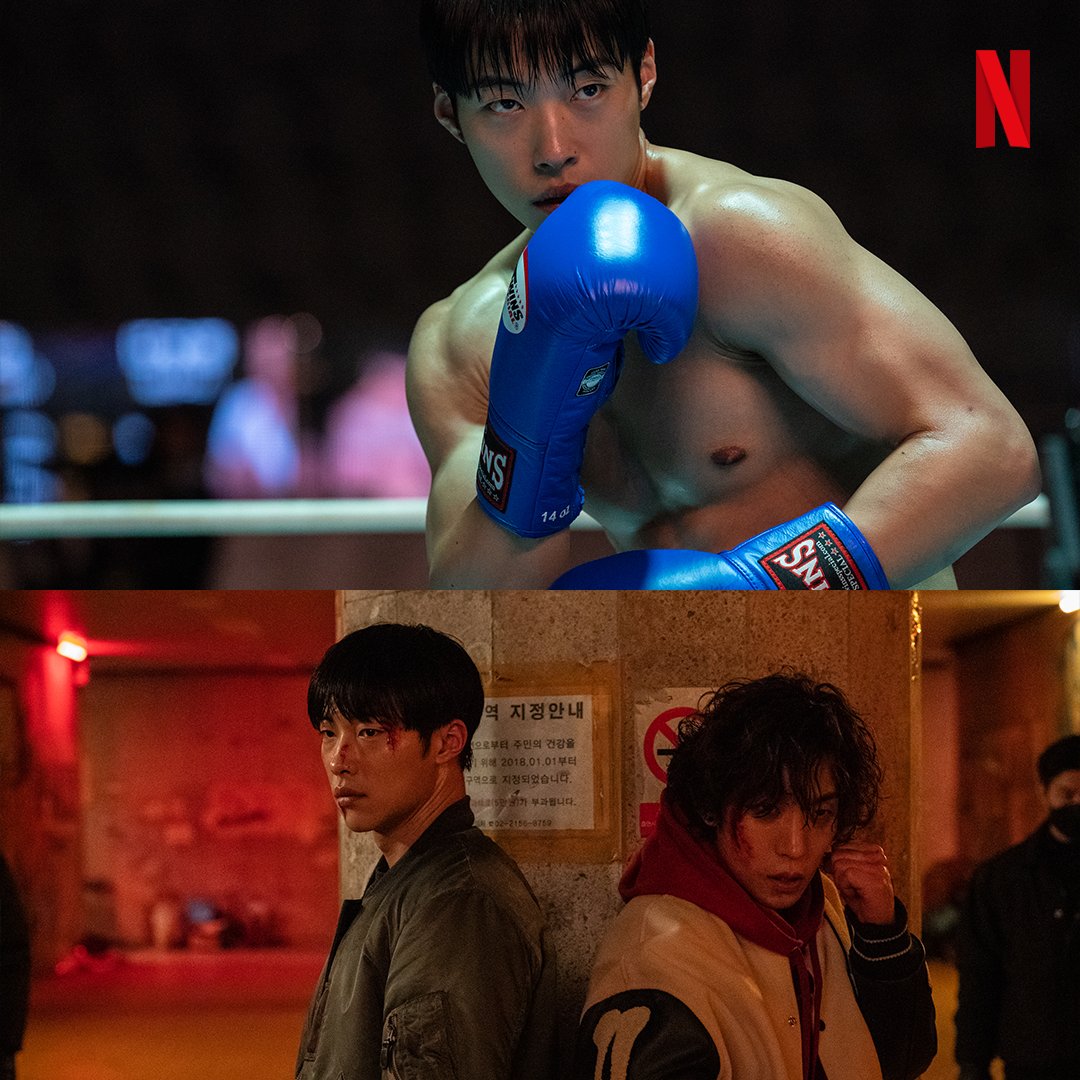 Drama: Bloodhounds
Release date: Q2 2023
Need to know: Woo Do-hwan as an underground fighter. Sold? Me too. Based on a webtoon of the same name, Woo Do-hwan is our hero who was once a promising boxer, but got involved with some shady loan sharks. That’s where our other hero Lee Sang-yi comes in, and the two seem to team up, after once being rivals in the ring. Also starring are Park Sung-woong and Heo Jun-ho. I hope this is as awesome as it sounds, but I’m also guessing it will be a violent, gritty My Name-esque tale. 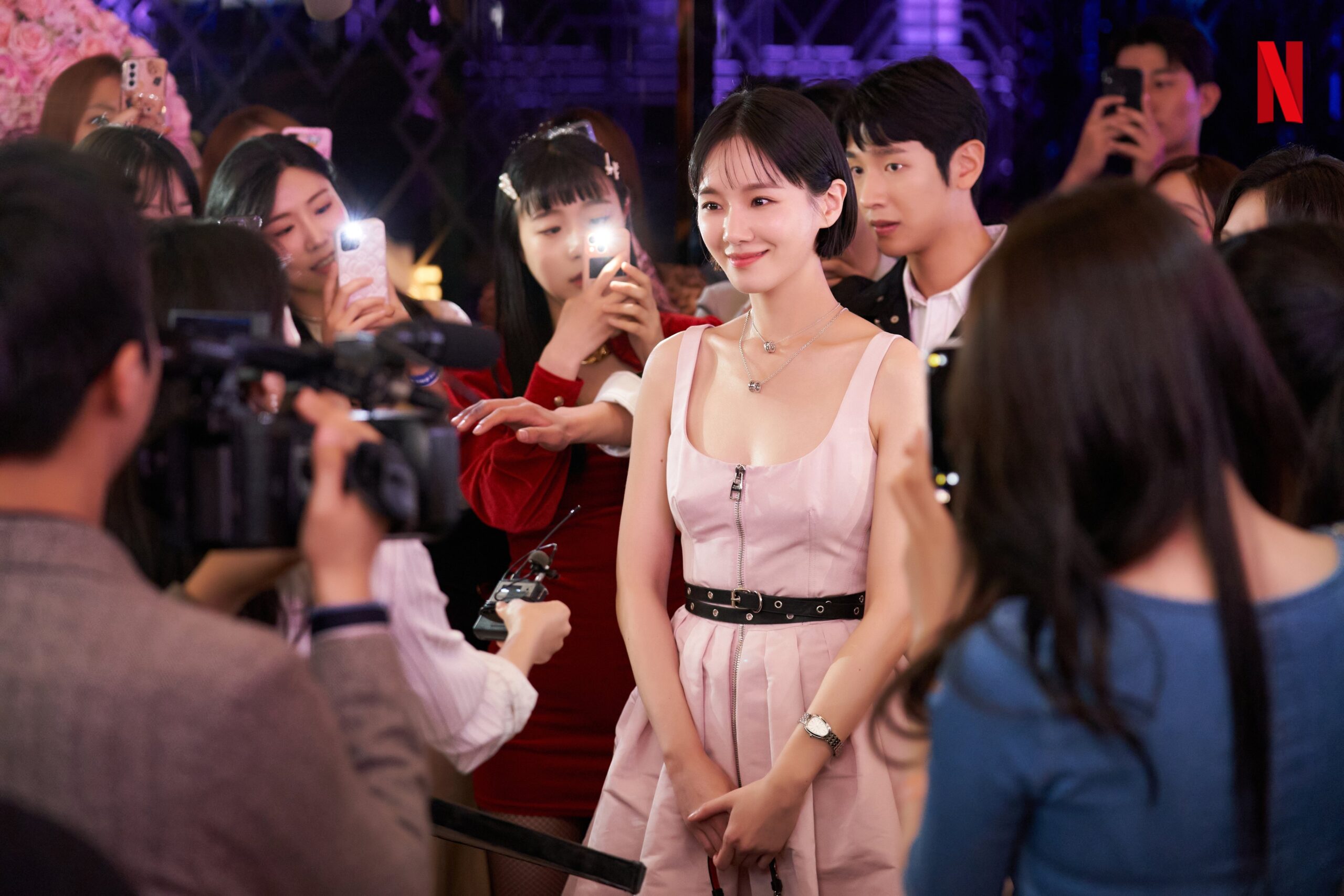 Drama: Celebrity
Release date: Q2 2023
Need to know: This is another Netflix series showcasing the flashy life of celebrities and influencers, but let’s hope this one has a little more life than The Fabulous did. The lovely Park Kyu-young stars as an influencer and overnight success who soon catches the eye of the workaholic CEO played by Kang Min-hyuk (oh, drama, you shouldn’t have!). In even better news, Lee Chung-ah also stars as a powerful chairwoman with a perfect life and a husband in the shape of Lee Dong-gun. This all sounds very old school, so I’m curious what sort of story we’ll have on our hands. 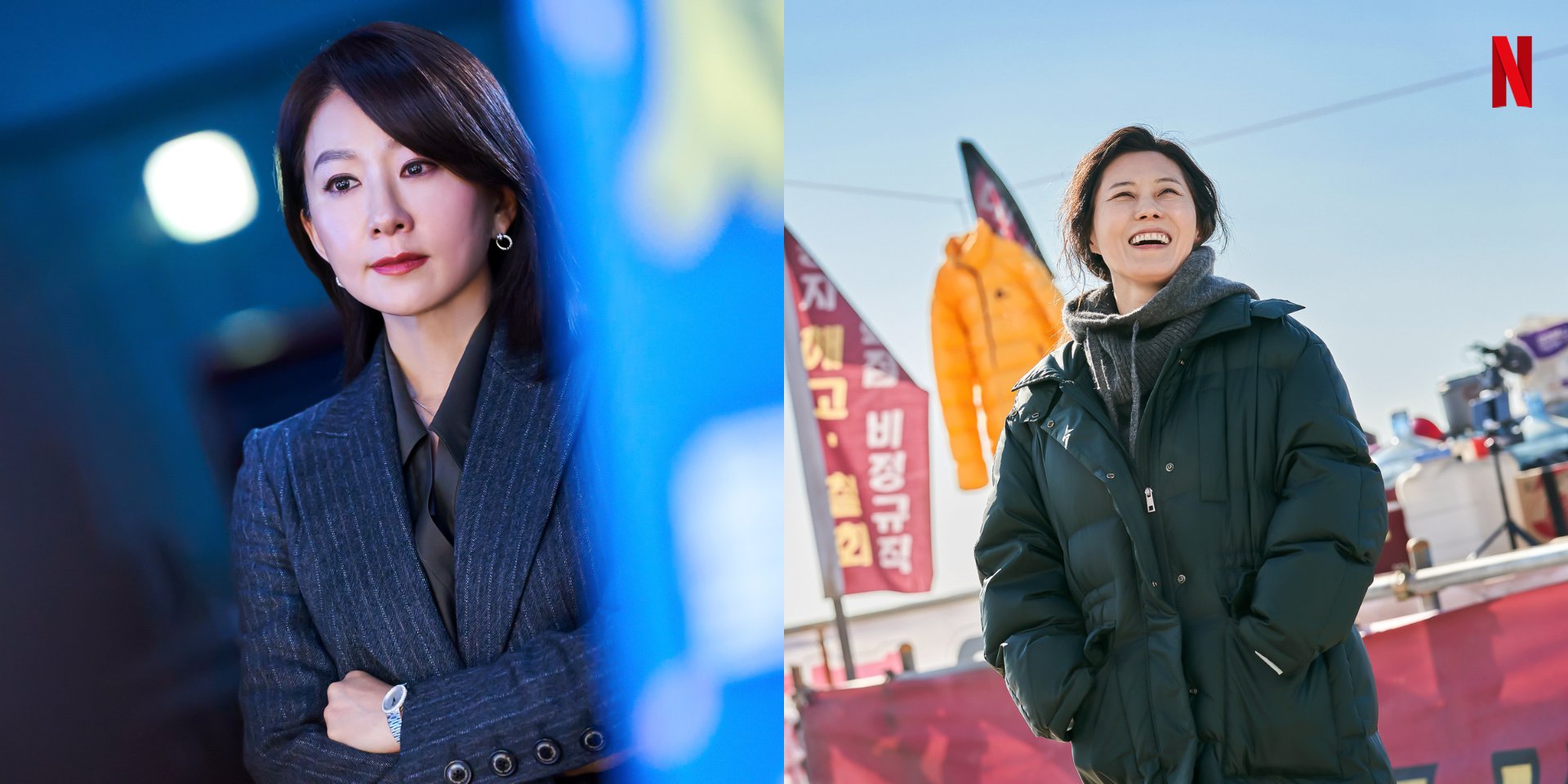 Drama: Queenmaker
Release date: Q2 2023
Need to know: Kim Hee-ae and Moon Sori headline this tale of intrigue and ambition. Kim Hee-ae plays our expert in branding and image control, while Moon Sori is a human rights attorney. Think their worlds will clash much? Read more about the setup here. 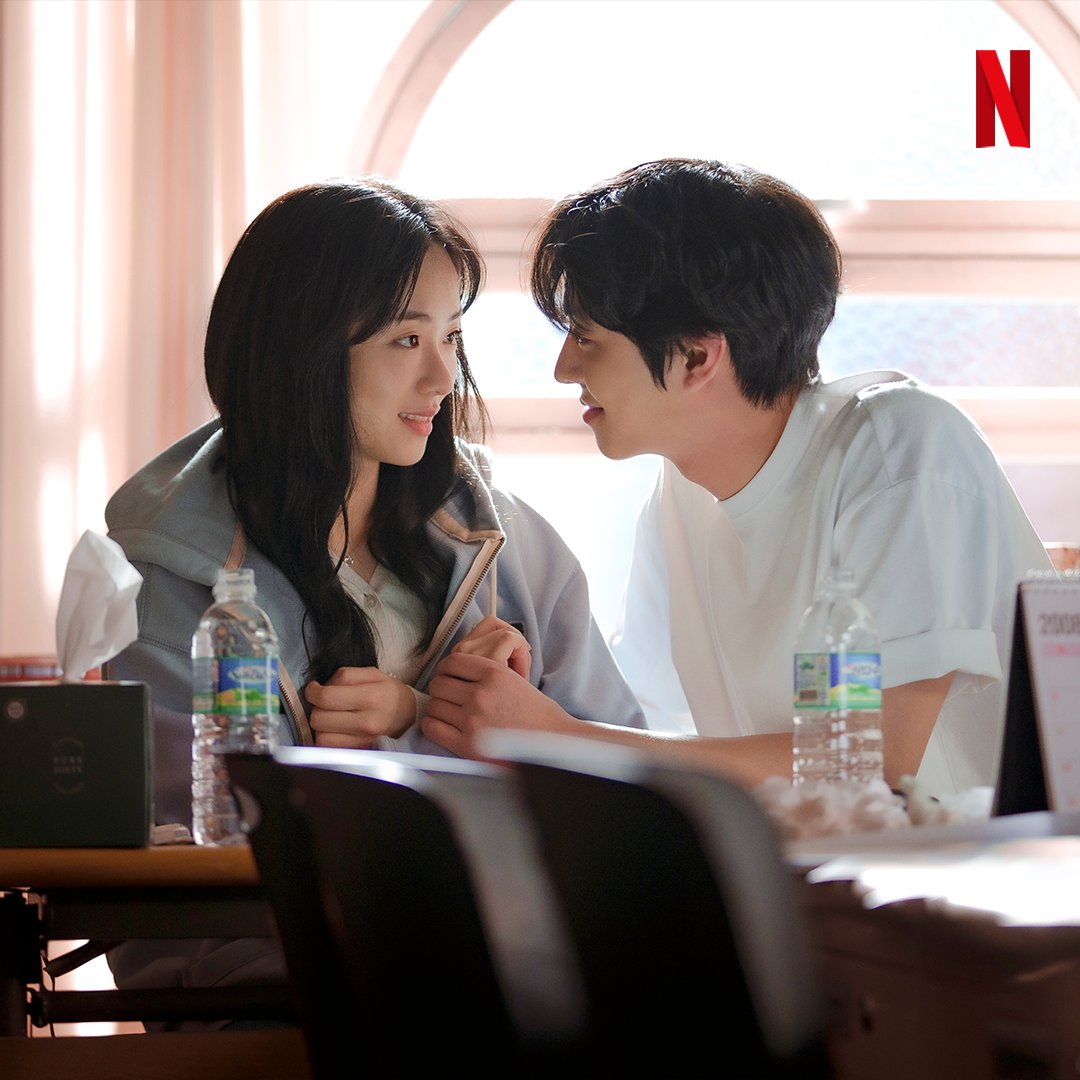 Drama: A Time Called You
Release date: Q3 2023
Need to know: This drama is a Korean remake of the much-adored time-slip Taiwanese drama Some Day or One Day, and stars Jeon Yeo-bin and Ahn Hyo-seop. After our heroine’s boyfriend passes away, she mysteriously travels back to the 1990s and meets his lookalike. The Taiwanese drama has been on my list for ages now, and I think I’ll need to watch it before this version releases. There’s something so sweet and poignant (and hijinksy!) when it comes to time-slip romances where characters and appearances and personalities are all shifted. So much to play with! Kang Hoon — who’s totally on a career fast track lately (and thank goodness for that) — also stars. 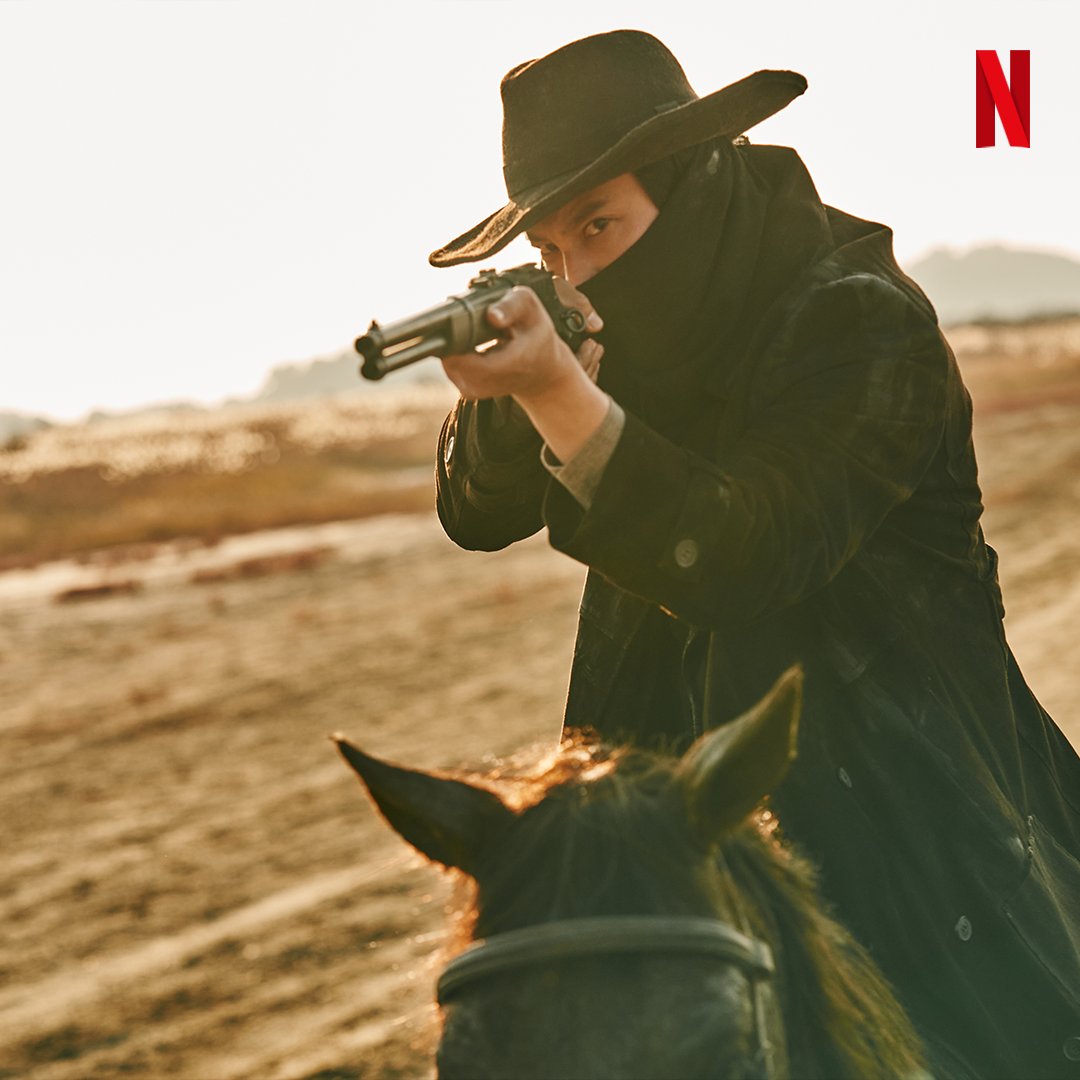 Drama: Song of the Bandits
Release date: Q3 2023
Need to know: Why so many epic masked heroes, Netflix?! Kim Nam-gil stars in this historical fiction drama set in the 1920s where he plays a rebel and freedom fighter. Bandits riding horses and rallying together for freedom and independence for their country? Sold! The drama has already generated a lot of buzz with its huge budget and theme of Korean independence, so the bar is set high. 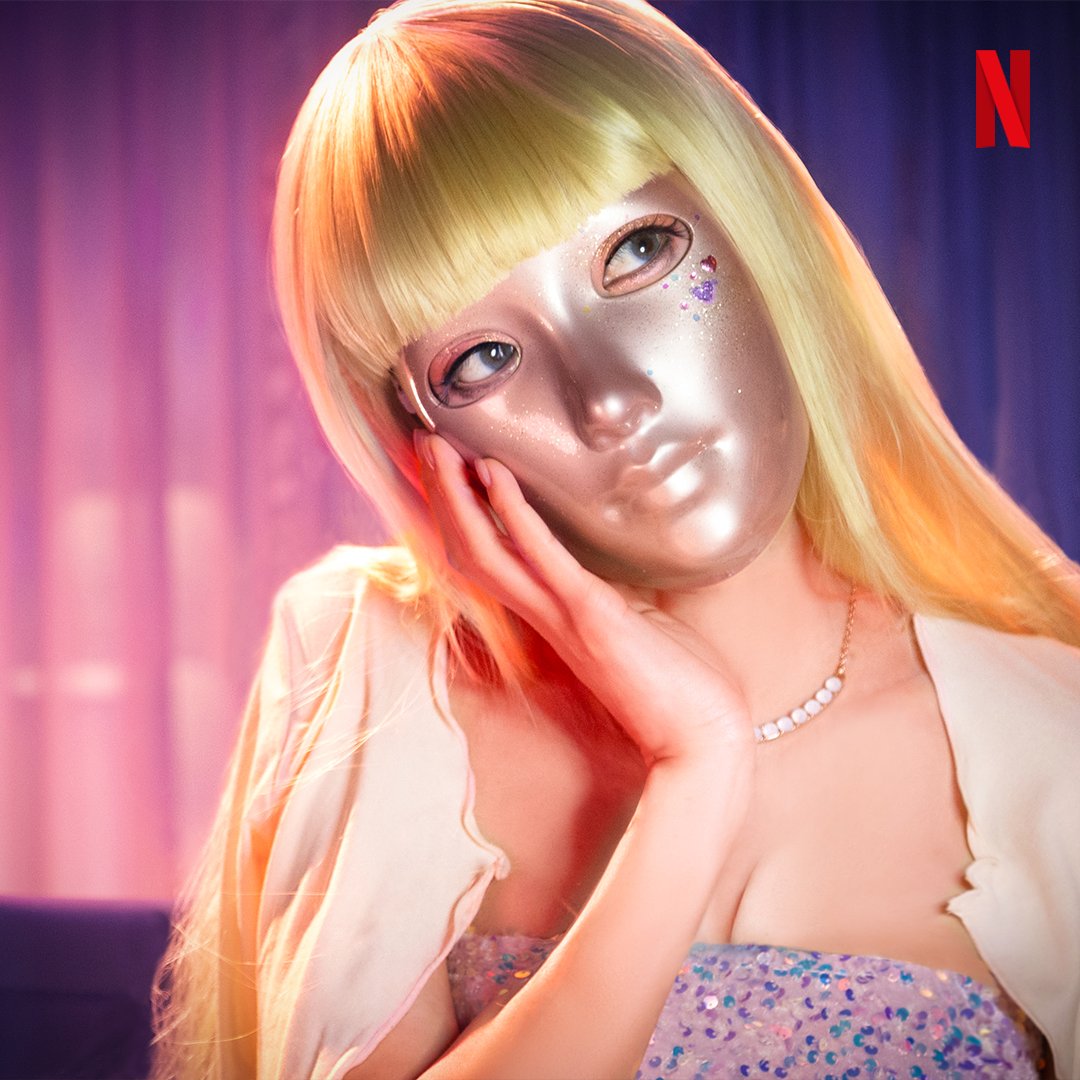 Drama: Mask Girl
Release date: Q3 2023
Need to know: The long-running and popular webtoon Mask Girl is coming to the small screen starring Go Hyun-jung and Nana. Now that’s a pairing I didn’t know I needed! Unfortunately they’re both playing our heroine at different times in her life, so likely they won’t have any screen time together. In the story, our heroine becomes a famous vlogger, but due to her insecurity and past trauma she always wears a mask. And as our teaser still reveals, she has a flair for the dramatic. Also starring are Ahn Jae-hong, Yeom Hye-ran, Choi Daniel, and Lee Junyoung (Jun). Read more about the plot setup here. 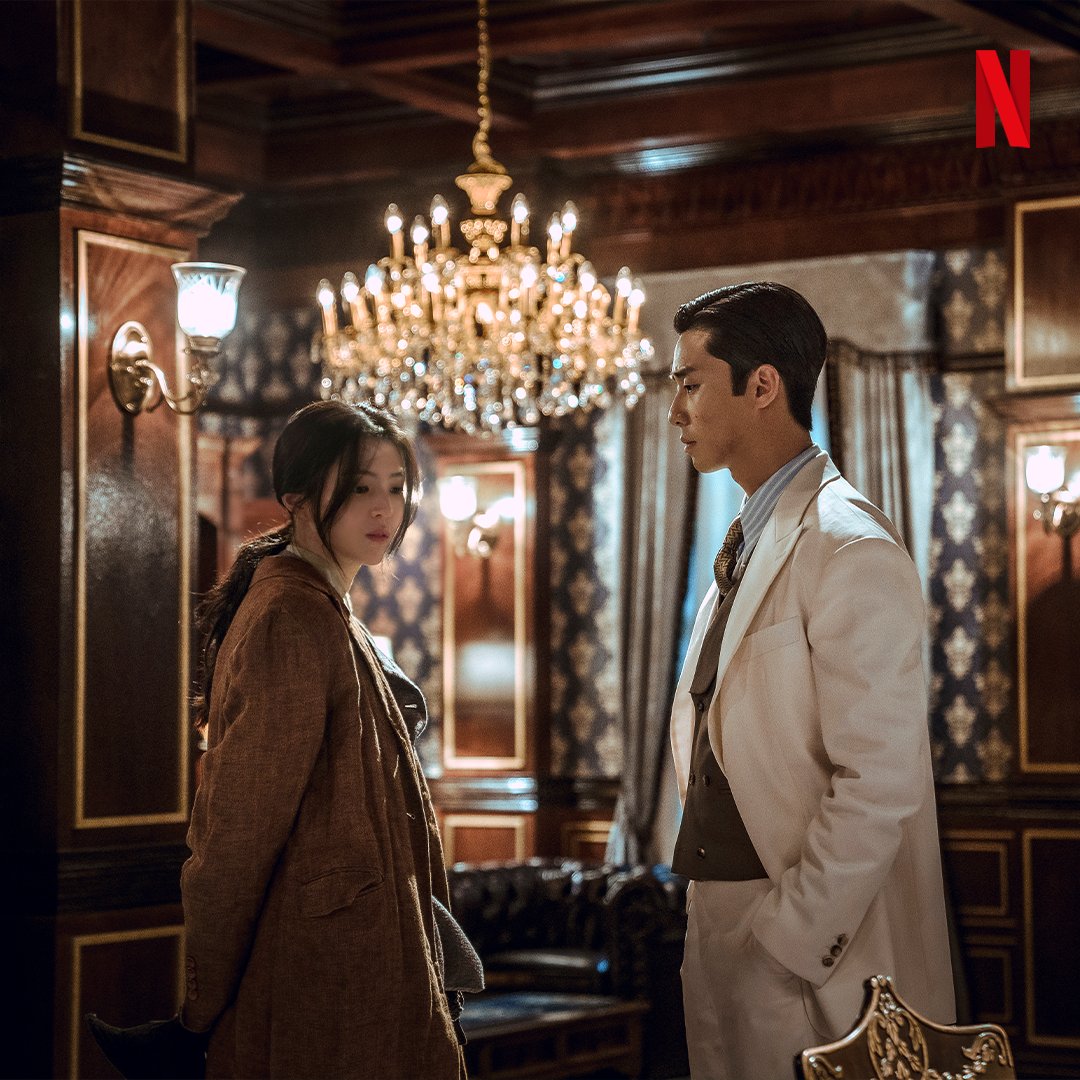 Drama: Gyeongseong Creature
Release date: Q4 2023
Need to know: Long time no Park Seo-joon! *Confetti* Gyeongseong Creature is a historical thriller set in 1945 and stars Park Seo-joon and Han So-hee playing a likable business owner and an adventurer, respectively. Together they have to fight a “creature of greed” in the “era of darkness.” Well, that’s kinda vague, but this teaser still fills me with excitement. If they can give me the classy 1940s adventure vibe I’m dreaming of (think The Mummy, but maybe a little less campy?), I will be watching. The drama also stars Kim Hae-sook, Wie Ha-joon, Jo Han-chul, and Claudia Kim (a.k.a. Soo-hyun). 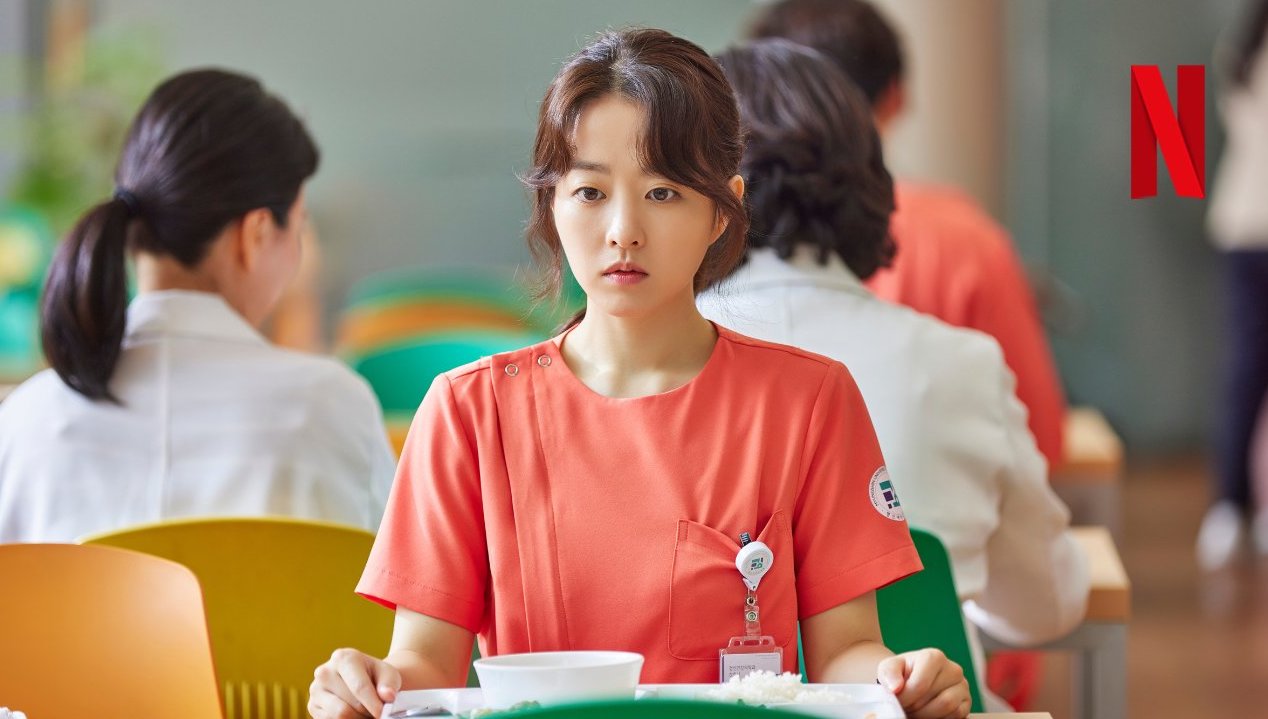 Drama: Daily Dose of Sunshine
Release date: Q4 2023
Need to know: Previously known as Morning Comes to Psychiatric Wards Too, this one has been in the works for a while and follows our nurse heroine — played by Park Bo-young — as she adjusts to working in a psych ward. With a setting like this, this drama can either go light and hopeful, or disturbing and dark. The tone might be unknown as of yet, but I’m leaning towards the former, since our still seems bright, our heroine is noted as pure-hearted and cheerful, and our hero (Yeon Woo-jin) is a proctologist. 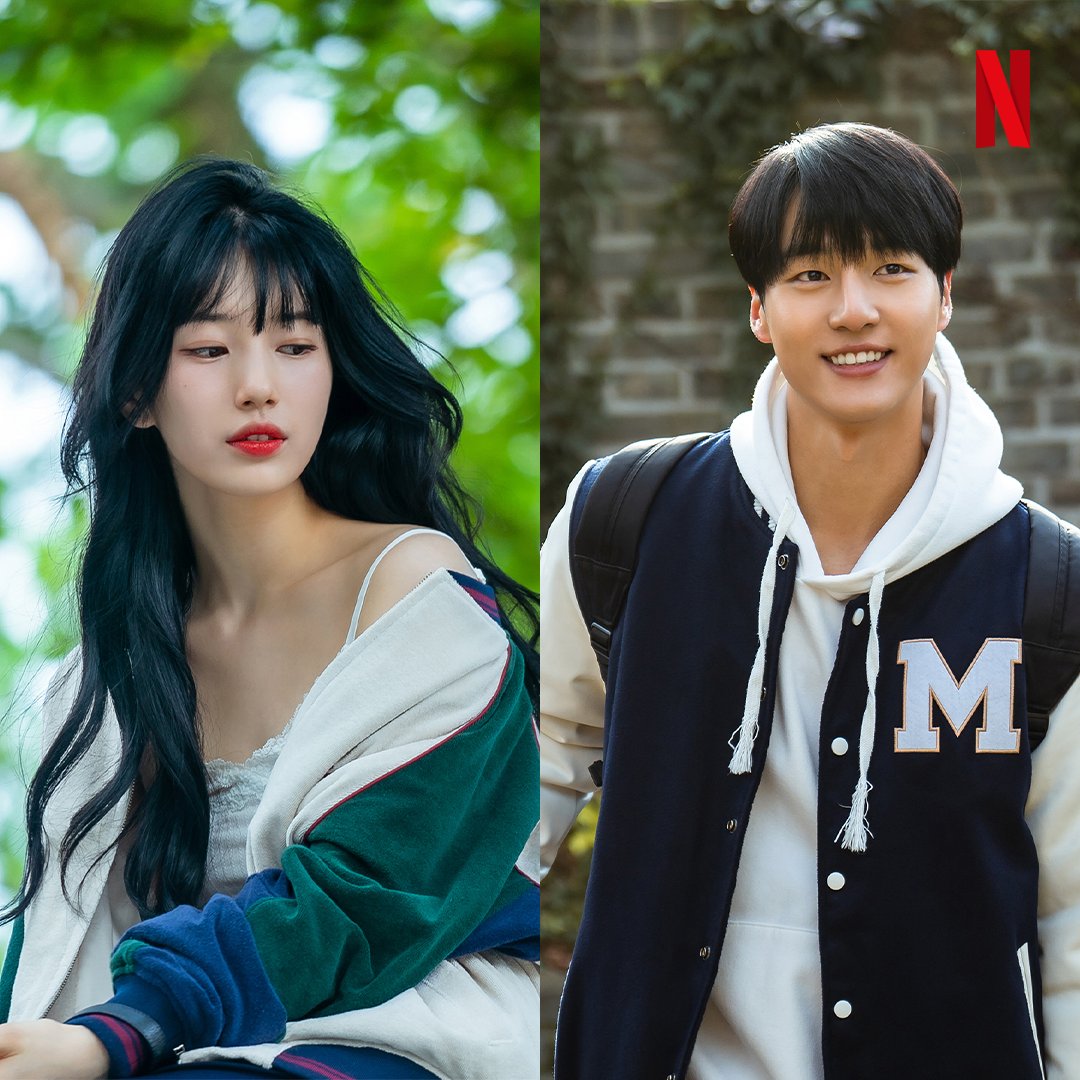 Drama: Doona!
Release date: Q4 2023
Need to know: Another Netflix webtoon adaptation, this one was previously known by the webtoon title The Girl Downstairs. The new title references our heroine, played by Suzy, who’s the retired vocalist of a K-pop idol group (*ahem*). While staying at a share house, she meets a regular dude and college student in the shape of Yang Se-jong (where was he when I was in college?). Cue all the share house hijinks! This one had better be cute, or else. 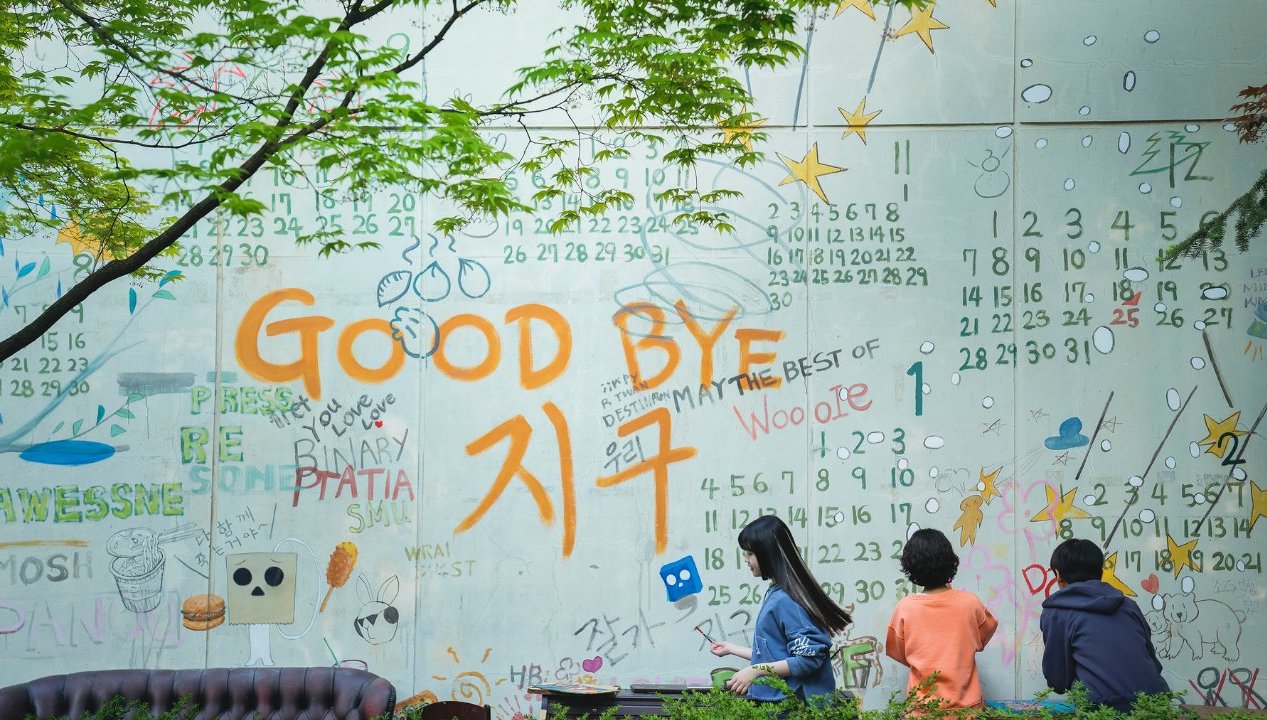 Drama: Goodbye Earth
Release date: Q4 2023
Need to know: There’s yet another dystopic sci-fi on the docket, and this one stars Netflix it-boy Yoo Ah-in along with Ahn Eun-jin. Yoo Ah-in is a researcher working the U.S., and Ahn Eun-jin is a school teacher in Korea. With news of an asteroid heading for Earth and the end of the world coming forthwith, the two (and well, everyone), must deal with their imminent demise. It’s not the first time we’ve seen this storyline picked up, so it’ll be interesting to see where this drama decides to tread. 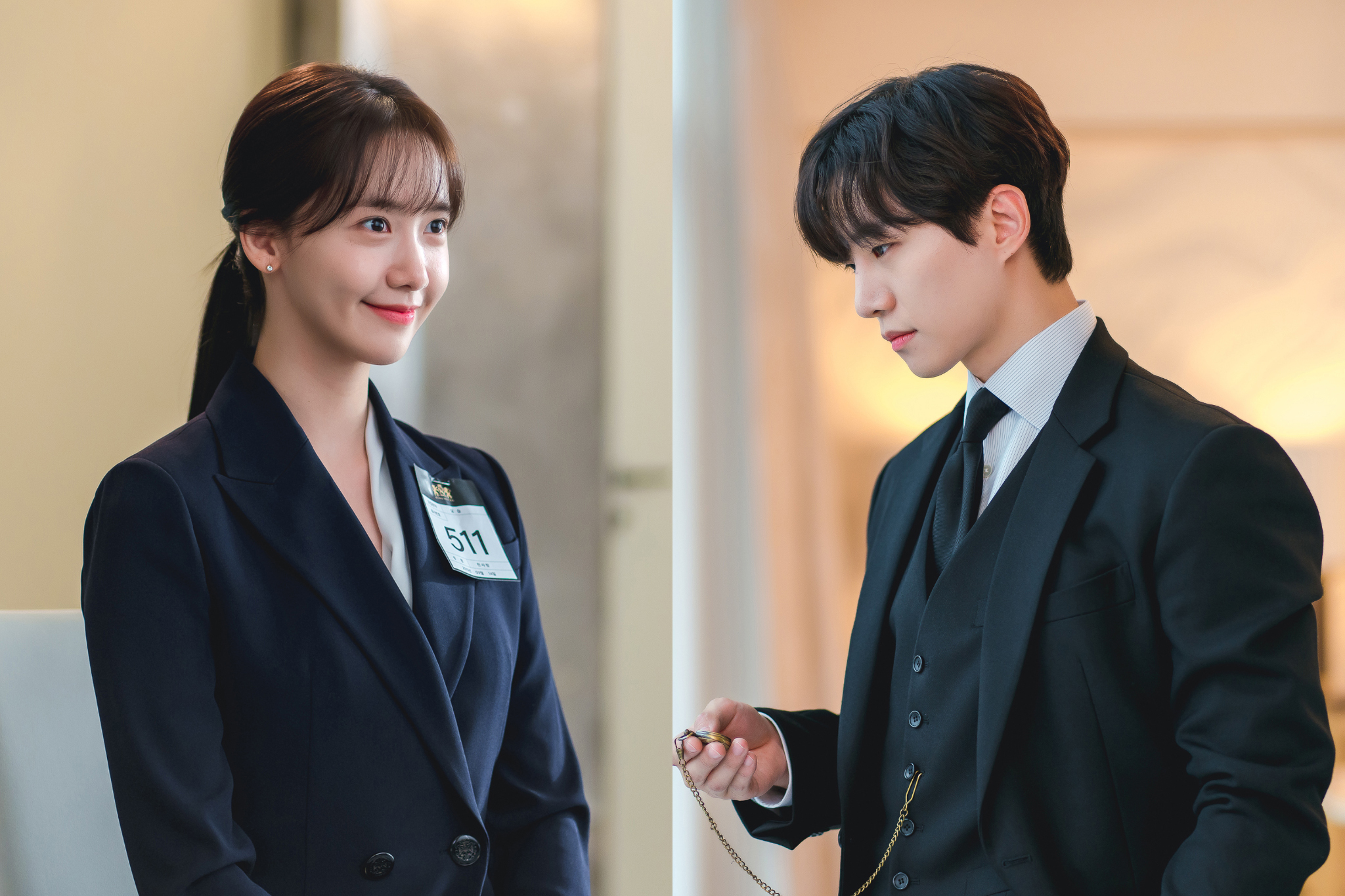 Now, in addition to all the Netflix series above, several other dramas were confirmed to be streaming on the platform later this year: 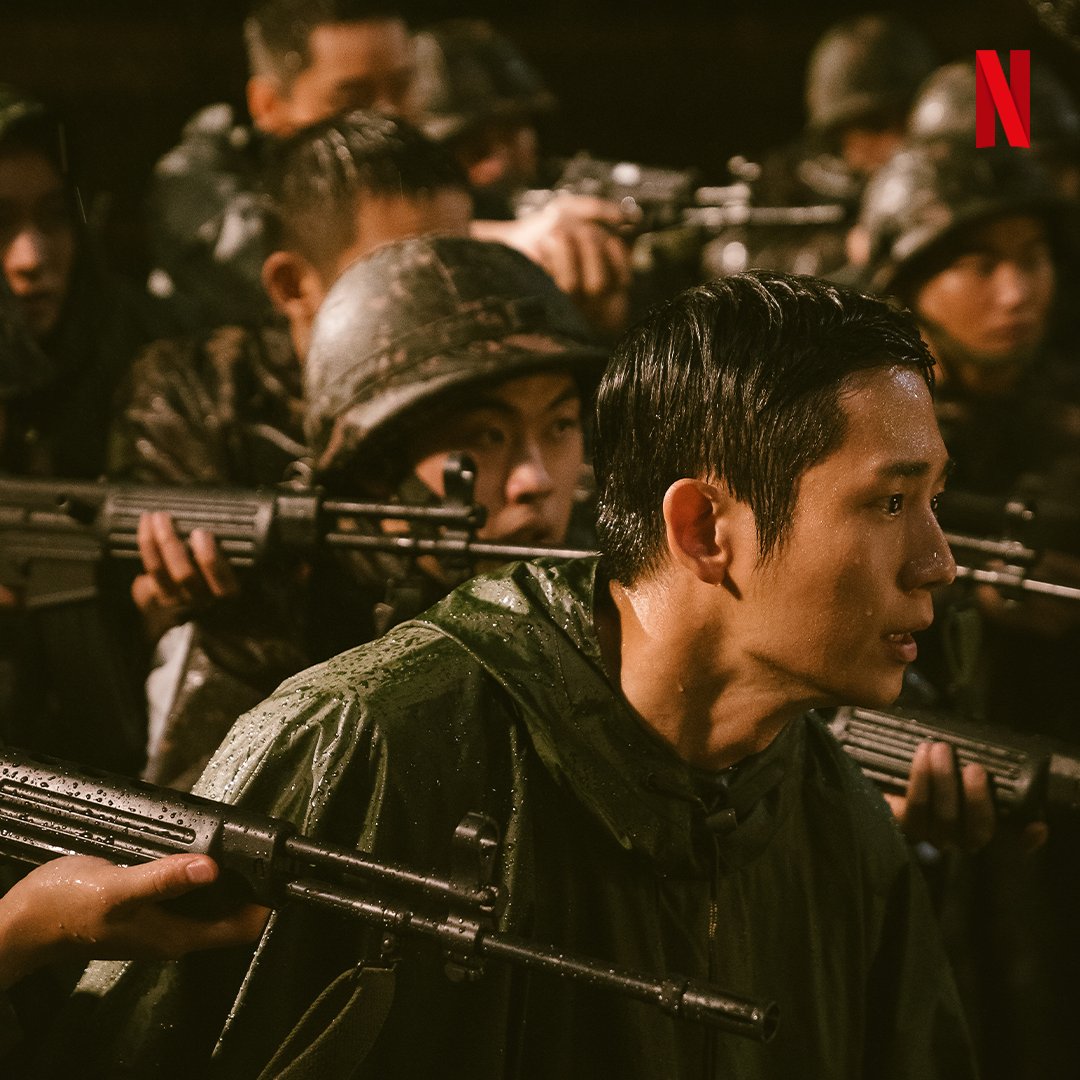 Then, in addition to all of that, Netflix also confirmed the return dates of several existing series:

Finally, there are Korean films as well:

TL;DR: If you prefer your information in video format, here’s their promo video.