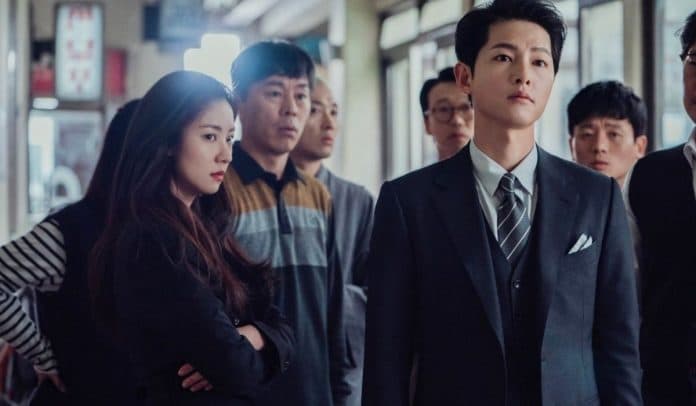 Song Joong Ki’s New Drama “Vincenzo” is up to a great start!

According to Nielsen Korea, “Vincenzo” first episode scored an average nationwide rating of 7.7% and peaked at 9.5%, meaning it’s become the third highest premiere ratings of any weekend drama in tvN’s history. The first spot goes to “Mr. Sunshine” which premiered to 8.9% in ratings, and the second spot goes to “Mr. Queen,” which premiered to an average nationwide rating of 8%.

Have you seen any of the newly aired weekend dramas?

Thus far, I’ve seen “Vincenzo” and “Beyond Evil,” I am honestly having a hard time catching up to all the new releases this past week alone. So many great promising new dramas aired. The first review will probably be of “Vincenzo” followed by “Beyond Evil,” I still have to write so many reviews, but in short, I think the newly premiered dramas were fun to watch.

“Vincenzo” lived up to the expectations I had of it, which rarely happens for a kdrama these days, while “Beyond Evil” turned out to be a lot more interesting than I expected, I enjoyed it so much.

Reviews of the new dramas will be posted later today to the blog, so keep an eye on it.