The Fangirls promised you a giant fangirling review for the Korean movie The Witch: Part 1 The Subversion and we are ready to deliver! Come join us as we discuss everything , including a few tangents, about this awesome movie starring Kim Da Mi and Choi Woo Shik. Advertisements Twitter: Facebook: Instagram: Be sure to […]

Fans of the hit drama Itaewon Class will surely miss Kim Da-Mi’s amazing portrayal of Jo Yi-Seo and her many fashionable outfits! Check out her clothes below from the last few episodes of the drama! You might also like to read: Kim Da-Mi’s Fashion As Jo Yi-Seo In K-Drama ‘Itaewon Class’ Episodes 13-14 Kim Da-Mi’s […]

For the month of March, we have curated our favorite looks from today’s biggest Korean celebrities. Don’t we all want to steal their looks?! If you’re quite keen on knowing how they did the makeup plus the beauty products they used to achieve the look, you’re on the right page. You might also like to […]

Webtoon dramas are in bloom this year. Expectations are high on “Rugal” and “Meow, the Secret Boy”coming this March, on whether they’ll bring the originals’ imagination to life. Currently on air, the jTBC drama “Itaewon Class” started with a viewing percentage of 5% and went all the way up to 15%. It has proved that webtoons have a strong fan […]

A few episodes left before the hit drama Itaewon Class comes to a close and we still can’t get enough of Kim Da-Mi and her character Jo Yi-Seo. We begin the countdown to the end with a quick round-up of her outfits from episode 13 and 14. From casual layers to corporate styles, take cues […]

We are halfway through with Itaewon Class but the show surely keeps serving looks and a great plot. Fans are looking forward to Kim Da-Mi‘s outfits and how she breathes life into her character, Jo Yi-Seo. Here are her totally wearable outfits you can pin as your fashion pegs for the next weeks to come! You […]

Kim Da mi has been receiving a spike of interest lately thanks to her leading role in “Itaewon Class”opposite Park Seo joon. The screenwriter for “Itaewon Class”, Kwang Jin, who is also the writer for the webtoon that “Itaewon Class” is based on, has been effusive in his praise for the young actress, whose only major credit to date has been in the […]

This season’s highly anticipated cable drama, Itaewon Class, is gaining more popularity every episode. Thanks to the relatable storyline and great acting, lots of viewers are tuning in every week! Aside from the story and cast, fans of the show are also taking style cues from the actors. Take a closer look at actress Kim […] 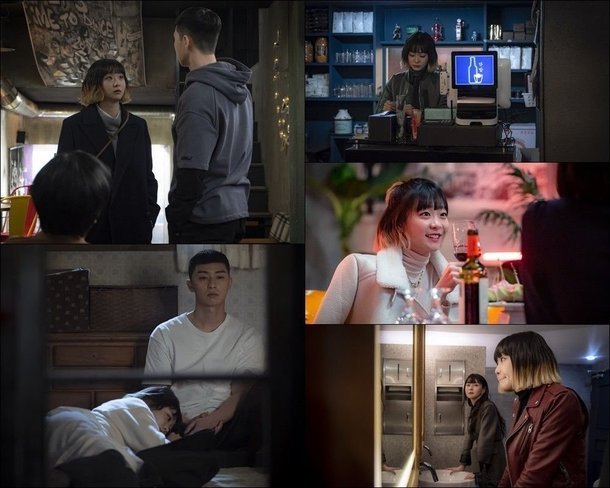 With the departure of “Crash Landing on You”, the jTBC drama “Itaewon Class” has taken its expected spot at the top of the Good Data Report. Kim Da mi also tops the list for performers, with leading co-star Park Seo joon in third place and supporting actress Kwon Nara in eighth place. “Itaewon Class” held a commanding thirty percent of total social media engagement numbers […]